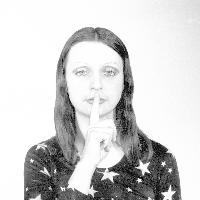 Born in 1945 in Grodzisk Mazowiecki, she graduated from the Łódź State Art School (PWSSP Łódź) and at the Department of Painting at Academy of Fine Arts in Warsaw.

Julia Paruszewska is the head of the Polish Rock Granary in Jarocin. She began her work at Granary in 2012 as a coordinator. Paruszewska finished pedagocial studies at the University of Zielona Góra and is a culture activist with extensive experience in the field.

Prior to her employment at the Polish Rock Granary Paruszewska worked i.a. in the Friends of Nowomiejski Region Society (Stowarzyszenie Miłośników Ziemi Nowomiejskiej) and was a board member of several cultural NGOs. Paruszewska also worked at several public institutions. She participated in several local, regional, and national projects, organised promotional campaigns, headed and financially settled publicly funded projects, including EU funding. Her experience as a coordinator and a fund raiser for cultural projects is invaluable for the Granary, which itself is a young institution, whose establishment was co-financed from regional and European funds. 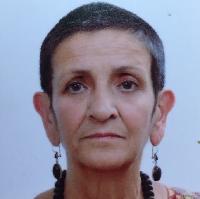 Pashova, Anastasia Nikolaeva
Associate Professor Anastasia Nikolaeva Pashova,  Ph.D., was among the founders of the Blagoevgrad regional dissident group "Klub za glasnost i demokratsia" [Club for Publicity and Democracy] and of the Union of Democratic Forces; she participated in the organization of democratic meetings in Blagoevgrad in 1989, whose slogan "It is Enough - We will not stand it!" became widely known.

Pashova and the other members of the Balkan Society for Autobiography and Social Communication understand "Cultural opposition" to mean broadly "everything that differs to one degree or another from the official ideology that encompasses all spheres of life throughout the totalitarian regime." The role of the cultural opposition they see as an expression of one's own identity, and they use terms such as "resistance", "civic position", and "cultural freedom" for such stances.

The reoccurring focus of A. Pashova's scientific work is the study of the everyday life of Roma, Pomaks and Turks in various urban and rural settlements in Bulgaria in a historical and contemporary context. Working mainly using a biographical method and included anthropological observation, Anastasia Pashova places the individual at the center of her research: individual experiences related to the different phases of life - childhood, adolescence, youth and old age as well as his/her relationship with others from their social community. A researcher with many years of field experience, A. Pashova has made significant personal contributions to enriching the collection of the Balkan Society for Autobiography and Social Communication with autobiographical and family oral stories, photographs, films and ethnographic materials. A. Pashova leads and/or participates in numerous regional, national and international scientific projects such as Digital Archives - Science and Information Complex, Places of Shared Memory - Digital Map of Monuments - Projects to the Science Research Fund (NSF) of the Ministry of Education and Science, Building a Digital Roma Archives for Southwestern Bulgaria - Sofia, To Come Out of the Shadow, Supporting the Social Integration of People Threatened with Marginalisation Caused by Their Nationality (2011-2013, Grundtvig Program), Politics of Memory Cultures of the Russian-Ottoman War 1877-1878: From Divergence to Dialogue - Marie Curie 7th Framework Program Project (2012-2016, FP7-PEOPLE-2011-IRSES Marie Curie Action International Research Staff Exchange Scheme"), Knowledge Exchange and Academic Cultures in the Humanities: Europe and the Black Sea Region, End of 18th - 21st Centuries (2017-2020, Horizon2020 Marie Skłodowska-Curie Rise (Research and Innovation Staff Exchange), ), Knowledge Exchange and Academic Cultures in the Humanities: Europe and the Black Sea Region, late 18th - 21st Centuries (2017-2020, Horizon2020 Marie Skłodowska-Curie Program), among others.

As a lecturer in pedagogy at the Neofit Rilski South-West University , Blagoevgrad, and as the President of the Balkan Society for Autobiography and Social Communication (BSASC) and head of the Center for Intercultural Social and Educational Interaction, Pashova is actively involved in collecting, researching and disseminating knowledge about the socialist period.
több 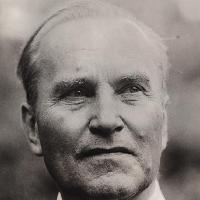 The Czech philosopher Jan Patočka (1907-1977) is considered one of the most important philosophers of the 20th century. Patočka studied philosophy in Prague, Paris, Berlin and Freiburg by Edmund Husserl and Martin Heidegger. He dealt with the history of philosophy, philosophy of history, and phenomenological ideas which he applied to politics, culture, and history. He also studied philosophical works by J. A. Komenský, T. Masaryk and E. Husserl.

After the communist coup in Czechoslovakia in February 1948, Patočka was labelled a “reactionary philosopher” and was not allowed to teach at the university anymore. So he instead worked in several Czechoslovak institutes, including the Czechoslovak Academy of Sciences, mainly dealing with Comenius studies. Patočka was appointed professor at Charles University in Prague in 1968 and began to teach again. However, four years later Patočka was dismissed from the university, officially because of his old age.

Despite his dismissal from the university, Patočka continued to hold regular consultations for his doctoral student Ivan Chvatík. Chvatík invited also other friends and classmates to these lectures and thus regular philosophical underground seminars, called later “Patočka University,” came into existence. Seminars, usually lasting until late at night, took place every week until 1977. Participants were mainly Patočkaʼs students (e.g. Ivan Chvatík, Pavel Kouba, Miroslav Petříček, Jiří Michálek, Josef Vinař, Marika Krištofová, Jaromír Kučera, Milan Sobotka, and Jiří and Jaroslava Pešeks). Lectures were organised secretly and each meeting was held in a different place. The participants were notified strictly by word of mouth, as there were suspicions that some of the members were being observed by the police. Ivan Chvatík recorded all eleven lectures that were later issued as the cycle, “Caring for the Soul” (now published under the title “Plato and Europe”). The following cycle of seminars was published under the title “Heretical Essays” in the Petlice samizdat edition by Ludvík Vaculík. These lectures and essays impressed the intellectual audience and Patočka was seen by the Police as an important dissident.

In 1976, Patočka supported the protest against the imprisonment of the members of the music band The Plastic People of the Universe. Then, he joined the famous protest petition Charter 77 and later became, together with Jiří Hájek and Václav Havel, its first spokesman. After the Charter was published, it was no longer possible to continue with the seminars. At the end of February 1977, the Dutch Minister of Foreign Affairs, Max van der Stoel, accompanied by journalist Dick Verkijk, arrived in Prague for an official visit. Dick Verkijk persuaded Patočka to meet the minister and organise a joint press conference. It was the first time that a political representative of a foreign nation took official notice of the local dissident movement. Although Patočka was ill, he arrived at the InterContinental Hotel in Prague, explaining the aims of the dissidents and Charter 77. Patočka was thensubjected to a lenthy  interrogation by the police. Due to the interrogation and his poor health, he had to be hospitalized.

Jan Patočka died on March 13, 1977. His funeral became a symbolic manifestation against the communist regime. 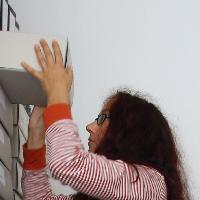 Paul, Saskia
Saskia Paul was a member of the `Initiativgruppe Leben´ [Initiative Group Life], founded in 1987 as the central forum for the Leipzig-based peace, environmental and human rights groups. There, she agitated primarily for the societal peace initiatives in the GDR. She was involved in preparations for both ’Pleiße marches’, and she believed firmly that reforms within the country and its political system were possible. She completed her studies in Archival and Auxiliary Sciences of History, received a doctorate and in 2012 assumed leadership of the Civic Movement Archive in Leipzig.
több
26 - 30
«« előző oldal 1 2 3 4 5 6 7 8 9 10 ... 15 16 következő oldal »»