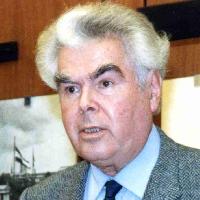 Jiří Pelikán was a Czech journalist, communist functionary, exile politician and publisher of the quarterly “Listy”. He was born on 7 February 1923 in Olomouc as the son of the sculptor Julius Pelikán. He started studying at a grammar school in Olomouc but then joined the communist resistance during World War II and was imprisoned for several months by the Gestapo. He was released in 1941 and was hidden until the end of the war in an unknown place. After the war, he joined the communist youth movement and started studying at the Political and Social University. He was a secretary for the university’s committee of the Communist Party (1946-51) and a member of the board of the Regional Committee of the Communist Party in Prague. During the second half of the 1940s and during the 1950s, Pelikán held several other functions at various levels of the apparatus of the Party and its youth organisation. After February 1948, he was a member of the Action Committee of the National Front, responsible for the exclusion of thousands of university students based on their political views. He was a deputy in the National Assembly between 1948 and 1954 and later between 1964 and 1969. As general secretary of the Central Committee of the Czechoslovak Union of Youth (1953-55), he was the leader of the communist youth organisation; he was head of the International Union of Students between 1964 and 1969. Pelikán later became general director of Czechoslovak Television – from 1963 until October 1968 when he was forced to leave the position by the Soviets.

During the Prague Spring 1968, Pelikán was one of the active advocates for reforming the Party, he was, therefore, placed in a less high-profile position in the diplomatic service after the Soviet invasion and the beginning of Normalization. He worked as a cultural attaché at the Czechoslovak embassy in Rome; he refused to return to Czechoslovakia in 1969 and applied for political asylum in Italy.

He soon became involved in the exile activities in Italy. As a former active participant in the democratization processes during the Prague Spring, he started publishing the left-oriented magazine “Listy” in 1971. In the magazine, he endeavoured to truthfully and objectively inform people about public matters and political repression in Czechoslovakia, as well as give banned authors the opportunity to publish. He was granted Italian citizenship in 1977 and was a deputy of the European Parliament for the Italian Democratic Socialist Party (Partito Socialista Democratico Italiano) between 1979 and 1989. He was a very active participant in Czechoslovak exile activities. In 1986, he was a founding member of the Czechoslovak Documentation Centre of Independent Literature, which was founded in West Germany and led by the historian Vilém Prečan.

After 1989, he lived in both Rome and Prague, where he also published “Listy” – the magazine has also had a Prague-based editorial board since 1990. Pelikán was the director of the East-West Institute in Rome from 1989. In 1990 and 1991, he was briefly an adviser to Václav Havel, the president of the Czech and Slovak Federation Republic. He was awarded the Medal of Merit in 1998. He died on 26 June 1999 in Rome.
több 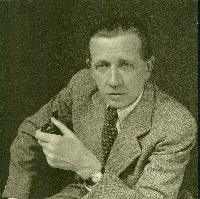 Ferdinand Peroutka was a Czech journalist, writer and dramatist. After the First World War, he worked as an editor-in-chief of the Tribuna journal, and later wrote commentaries for the newspaper Lidové Noviny. In 1924 he founded the revue Přítomnost, and worked as its editor-in-chief until 1939. Peroutka was also the author of several books, for example the unfinished work Budování státu (Building of the State) about the birth of the first Czechoslovak Republic. Upon the outbreak of the Second World War in 1939, Peroutka was arrested and held in Dachau and Buchenwald concentration camps until 1945. After the war, he was a member of the Czechoslovak Provisional National Assembly. Peroutka, who was an opponent of communism, was excluded from the Union of Czech Journalists and Union of Czech Writers in February 1948. Thus, he decided to emigrate to the West and he left Czechoslovakia in April 1948. He initially lived in Great Britain, and later moved to the USA. In the United States he participated in the foundation of Radio Free Europe, and in 1951 he was appointed director of its Czechoslovak section. He also became a member of the Council of Free Czechoslovakia, which represented Czechoslovak democratic politicians who left their country for exile after 1948. In exile, Peroutka continued with his literary activities as well. He published, among others, a novel entitled Oblak a valčík (The Cloud and the Waltz) based on his play of the same name. Nowadays, he is considered one of the most important Czech journalists of the twentieth century. Thus, since 1995 the “Ferdinand Peroutka Award” has been given to prominent journalists and publicists in the Czech Republic. 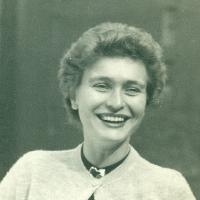 Peroutková, Slávka
Slávka Peroutková, née Jaroslava Fenclová, was a Czech journalist and wife of Ferdinand Peroutka. After the Second World War, she worked as Ferdinand Peroutkaʼs secretary at Svobodné noviny (The Free News) and became his partner. In May 1948 she was arrested while trying to cross the Czechoslovak border and emigrate to the West. She finally succeeded in emigrating to Great Britain thanks to a sham wedding with Englishman Cecil Dee. However, she consequently had trouble getting a divorce. In 1950, she moved to the United States and worked at Radio Free Europe. She married Ferdinand Peroutka in 1955. She returned to Czechoslovakia after November 1989. In 1999, she donated Ferdinand Peroutkaʼs exile legacy to the Museum of Czech Literature.
több
Perović, Slavko
Slavko Perović is a Montenegrin politician. He is best known as a co-founder and former leader of Liberal Alliance of Montenegro (LSCG), a liberal political party that sought independence for Montenegro throughout the 1990s and early 2000s.

Perović graduated from the Faculty of Law in 1978 in Podgorica. As a student, he was active in a number of social projects, including Mi youth magazine, Radio Cetinje, and ARS – Review of Culture, Art and Science. Perović was a member of the League of Communists of Montenegro and belonged to a younger, more liberal wing of the party. He was also co-founder and president of the Literary Municipality of Cetinje publishing house. He was driven to enter the publishing business by his interests in literature, poetry, and politics opposed to communist ideology, such as the issue of national politics.

The year 1988 was crucial for Slavko Perović. After his decision as the president of the Literary Municipality of Cetinje to publish the book Etnogenezofobija by Savo Brković, Perović was dismissed from his position there and from the editorial board of ARS, and it eventually led to the closure of the publishing house.

Because of his “inappropriate” political engagement, Slavko Perović was dismissed from his position as the Municipal Public Prosecutor, which he performed prior to the scandal with publishing Etnogenezofobija and expelled from the Central Committee of the League of Communists of Montenegro.

Throughout the 1990s, Perović participated in the anti-war movement that actively opposed Montenegrin involvement in the Yugoslav Wars.

Perović withdrew from the LSCG after 2002 and now lives in Prague, but remains actively interested in further political developments in Montenegro.
több 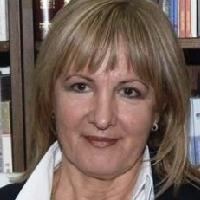 Marija Petener-Lorenzin was born in Pula in 1949. She graduated with degrees in Italian language with literature and phonetics at the Faculty of Humanities and Social Sciences in Zagreb, and was then employed at the Research Library of Pula (today's University Library of Pula) in 1975. She has been the head of the library of the Faculty of Philosophy in Pula (former Pedagogical Faculty) since 1995. She was the president of the Istrian Library Association, a member of the editorial board of the CIP-bulletin. She is responsible for launching the Istrian Library Association News and co-authored entries in the Istrian Encyclopaedia, and is also the author of several books and papers (Petener-Lorenzin: 2006). She is the author of the bibliography of the journal Istrian Fighter/IBOR.