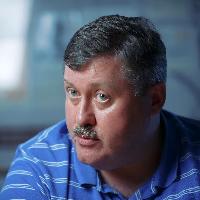 Rostyslav Semkiv is a Ukrainian writer, literary critic, translator and publisher. He has obtained his PhD in philology from the National University of Kyiv-Mohyla Academy in Kyiv. From 2003 to date, he is director of the Smoloskyp publishing house in Kyiv. He directs the digitization projects of the Smoloskyp collection, and organizes national exhibitions, promoting the collection to university students, secondary school students and the general public. 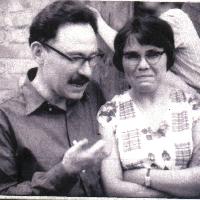 Halyna Sevruk was born in 1929 in Samarkand, Uzbekistan. She was a sculptor, graphic artist, ceramicist, and member of the sixtiers movement (shestydesiatnyky) of the late 1950s and early 1960s. The Sevruk family moved to Kharkiv, Ukraine shortly after Halyna’s birth, a city where she spent much of her childhood. In 1945, they moved to Kyiv, where her father Silvester, had found work as an architect. Two years later, Sevruk began studying at a local art school, which she finished in 1949. Ten years later, she completed her studies at the Kyiv Art Institute, where she befriended the artist Alla Horska, a fellow sixtier. Together with Horska, Opanas Zalyvakha, Liudmila Semykina, and Halyna Zubchenko created the stained glass window at Kyiv University known as “Shevchenko. Mother” in 1964 to commemorate the centenary of the Ukrainian poet bard Taras Shevchenko’s birth. Censors destroyed the window, due to its unconventional style and use of national themes. Sevruk also created the ceramic painting that is one of the Sixtier’s Museum’s featured items, which depicts Ivan Svitlychny, Vasyl Stus and other writers as martyrs, persecuted for their words and the pursuit of truth.

Michael Shafir (born 1944) is a Romanian political scientist and journalist of Jewish origin. During the periods 1965–1967 and 1985–2005 he held various positions at Radio Free Europe and gradually asserted himself as an emblematic figure of the Romanian section of RFE. Born in Bucharest in a middle class Jewish family, Shafir emigrated legally to Israel in September 1961. Although his family was not politically persecuted, his father held strong beliefs that conflicted with the values promoted by the communist regime in Romania and thus distanced himself from the official propaganda from the early days of the new regime. Shafir confesses that his perception of the communist regime was definitely influenced by his early “anti-communist socialisation through jokes.” In this vein, he claims that his father mocked the official significance of such an event as Stalin’s death and even applied a lasting lesson to his son, who arrived home in tears because “our beloved father” had died. After dragging him to the bathroom and running the water tap, so that no-one would hear, he slapped the nine-year-old Michael and told him: “This is to remind you that your old man is still alive.” He also recalls that his family used to talk after the communist takeover about “how it was before [the Second World War],” and that “this before was idealised.”

In Israel, Shafir studied English philology, but chose political science as a second field of study. This decision marked his career, as well as his personal collection. While a student at the Hebrew University of Jerusalem, he worked for two years as analyst for the Audience and Public Opinion Research Department at Radio Free Europe (1965–1967). His activity consisted of analyzing letters received from Romania. Subsequently, he worked for the Israeli press and was employed as a junior lecturer at the Hebrew University of Jerusalem, where in 1981 he defended his doctoral dissertation on intellectuals under the Ceaușescu regime. Shafir returned to RFE in 1985, to occupy the position of deputy director of the Audience and Public Opinion Research Department, which he held until 1988. Most of his activity consisted of evaluating the audience of RFE in Eastern Europe on the basis of questionnaires answered by individuals coming from communist countries. Between 1988 and 1991, Shafir was head of the Romanian Research Unit of RFE. While working for RFE, he also published studies and books about Eastern Europe. After the fall of communism, he moved from Munich to Prague in 1997 and continued to work for RFE until 2005. Between October 2003 and November 2004 he was also a member of the International Commission for the Study of the Holocaust in Romania, headed by the Romanian-born American Jewish writer and Holocaust survivor Elie Wiesel. Between 2006 and 2012, Shafir was professor at the Faculty of European Studies of Babeş-Bolyai University, Cluj-Napoca, Romania.

According to his own assessment, Shafir would place himself in the category of an opponent to the communist regime in Romania, albeit one who manifested his opposition from exile through his activity at RFE. In fact, the most significant part of the Michael Shafir Collection originates from the period 1988–1991, when Shafir was head of the Romanian Research Unit of RFE. In this position, he was responsible for collecting, selecting, and analysing the information on Romania on which RFE programmes were based. This broadcasting agency played at that time an instrumental role in disseminating the messages of Romanian dissidents, and such messages reached it in various ways. Shafir thus had the chance to monitor an enormous amount of materials relating to Romania at a time when one of the most important topics of RFE broadcasts was the opposition to the Ceaușescu regime, however weak that might have been. This makes his collection an invaluable assembly of documents about Romanian dissent. 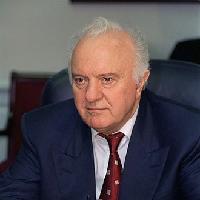 Yuriy Shukhevych is a Ukrainian politician, member of the Ukrainian Helsinki Group, repeatedly convicted for long terms in prison during the Soviet period.

Yuriy Shukhevych was born in 1933 in the family of the commander of the Ukrainian Insurgent Army, Roman Shukhevych. In 1944, Yuriy Shukhevych with his mother was deported to Siberia as a family of a Ukrainian nationalist. Later, in 1946, as a child of “the enemy of the people” he was taken away from his mother and spent his childhood in orphanage. At the age of 15, Yuriy Shukhevych was sentenced for 10 years in prison for his connections with the Ukrainian nationalist underground as he tried to get in touch with his father. In 1958, before the end of his first sentence, he was sentenced for another 10 years of labour camps for “anti-Soviet agitation and propaganda”. After his release from prison, he joined shestidesiatniki movement. In 1972 he was imprisoned again for 10 years with subsequent 5 years of exile in Siberia for his active participation in the Ukrainian liberation movement as well as for his memoirs “Rozdumy vholos”, in which he gave an account of Stalinist labour camps. He was released from his third imprisonment as a disabled person with the complete loss of eyesight. In the 1980s and the 1990s he continued his political activities and was head of the Ukrainian National Assembly – Ukrainian National Self-Defence.