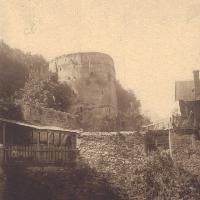 Günther Schuller (b. 10 October 1904, Braşov – d. 14 July 1995, Braşov) was the son of the architect Albert Schuller (1877–1948), known as the architect of Jugendstil in the South of Transylvania. Günther Schuller was enrolled in the Honterus High School in Braşov, and then, between 1923 and 1929, studied architecture at the Higher Technical School in Munich (Technischen Hochschule München). After finishing his studies, he was employed in his father’s architecture office in Brașov. From 1945 to 1948, he took part in World War II and was deported to the Soviet Union. The deportation of a large part of the economically active population to forced labour camps in the Soviet Union was legitimised by the Soviet and Romanian authorities on the basis that the Romanian Germans “were considered part of the German nation” and guilty “for the Soviet human and material losses” during the Second World War (Baier 1994). Because of a work accident in the forced labour camp where he had been deported, Schuller lost his right arm. Despite this physical handicap, he continued to practice architecture, making a name for himself as a researcher and restorer of the historic monuments of Brașov.
Starting from 1948, Schuller devoted most of his activity to studying and protecting the historic heritage of Brașov. After he returned from deportation, he became involved in the restoration of many heritage buildings. In the 1960s and 1970s, he coordinated the restoration sites for the Kaufhaus (Merchants’ House, also known as Hirscher House) and for the White Tower, the Black Tower, and the Catherine’s Gate, which were part of the surrounding walls of the medieval city. In acknowledgement of his activity, between 1963 and 1968, the authorities appointed him head of the Directorate for Systematisation, Architecture, and Planning of Buildings, the institution in charge of regional activities of urbanism and architecture. After the 1977 earthquake, Schuller focused on researching its effects on the historic buildings of Brașov, and on identifying solutions to remedy them.
The most important restoration project in which the architect Günther Schuller participated was that of the Black Church, a monument to which he was particularly attached. Schuller had joined this initiative in the 1930s as part of the campaign initiated by the elite of the Saxons in Brașov to raise funds for the restoration of the Black Church, entitled Für unsere Schwarze Kirche (For our Black Church). Under communism, he took part in the restoration works in the periods 1968–1978 and 1981–1995 in various capacities. He became involved in key decision-making concerning the technical aspects of the restoration and supplied many historical or technical documents used by the architects and engineers engaged in the project. He supervised the restoration sites attentively because he did not want the works to affect the authenticity of the monument. While supervising the restoration works, he took many photos, on the basis of which today we can retrace the stages and technical methods used on the construction site at various times. In addition, Schuller, who was also a painter, made watercolours representing the monuments of Braşov. During the communist period, reproductions of some of these watercolours were commercialised by the local parish, and their sale helped the community to support the restoration financially.
Schuller contributed to the protection of the historic heritage also as an author who dealt with the history of the monuments of Brașov. His many newspaper articles drew the attention of the local community to the issue of protecting the city’s historic heritage. In the late 1970s and early 1980s, these articles contradicted the Ceaușescu regime’s policy of neglecting the protection of historic heritage, after the intensification of the urban systematisation process. This was a policy implemented by the Ceaușescu regime in the late 1970s and 1980s that entailed a radical restructuring of the urban fabric and the demolition of broad areas of the historic centres of the main Romanian cities, especially Bucharest and other county capitals in the Old Kingdom where the old city centres were less coherent, and to a much smaller extend in Transylvania and the Banat (Zahariade 2011, 37–40).
After 1989, Schuller became an active member of civil society and a supporter of the cause of those who had been deported from Braşov to the Soviet Union, and he was involved in obtaining reparations for the victims of deportation. For his entire cultural activity and especially for his achievements in the protection of Transylvanian historic heritage, Günther Schuller received the Herder prize from the Freiherr-vom-Stein-Stiftung (Federal Republic of Germany) in 1983. 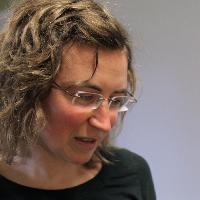 Schulz, Kristin
Kristin Schulz became a researcher at the Heiner-Müller-Archiv / Transitraum in 2002. Since 2008, she has been working as head of the collection.
több
Schwabe, Uwe
Since 1984, Uwe Schwabe has engaged in the Leipzig Working Group on Environmental Protection and in 1987 was a co-founder of the ‘Initiative Group Life’. He took part in numerous activities in support of human rights and environmental protection in the GDR, and opposed the militarization of the country. He was under observation by the Ministry for State Security, and the target of several operations. As regional speaker for the ’New Forum’, in 1989 he became one of the representatives of the Monday Demonstrations in Leipzig. His networking activities played a significant role in the creation of the Civic Movement Archive in Leipzig in 1990. He was one of the founding members of the archival association, has edited a large number of its publications and remains a member of its advisory council. Since 1994, despite a professional background as a maintenance technician, Schwabe works in the Zeitgeschichtlichen Forum Leipzig [Leipzig Contemporary History Forum]. He was recipient of the Federal Service Cross in 1995 and the German National Prize in 2014 for his societal engagement.
több
Seago, Larisa

Larisa Seago serves as the processing archivist for the Keston Library and Archives. She was born in Samara, Russia, Seago  and she received her bachelor’s degree from Samara State Aerospace University. She completed a masters programme in Church-State Studies at Baylor.

Vasyl Sedliar was a Ukrainian painter and graphic artist, executed during the Stalinist purges in 1937 along with his mentor Mykola Boichuk and fellow artist Ivan Padalka. Sedliar studied at the Kyiv Art School and then under Boichuk at the Ukrainian State Academy of Arts, focusing on large-scale murals, book illustrations, packaging design and ceramics. Together with Oksana Pavlenko and others, Sedliar created murals at the Kyiv Institute of Plastic Arts in 1924, which were destroyed in 1934 after the institution was dissolved. Frescoes produced with Boichuk and Padalka at the Kharkiv Chervnonozavodskyi Ukrainian Drama theatre were also destroyed.

Sedliar’s works were often executed in the embattled Boichukist style, borrowing directly from Byzantine religious imagery—both icons and, most particularly, mural painting—and also incorporating contemporary secular subject matter. His illustrations in a 1931 edition of Taras Shevchenko’s Kobzar, which is a featured item of the Ukrainian Museum-Archive’s collection, were created in this vein. Sedliar, like many artists of that time, fell under increasing pressure to employ elements of socialist realism in his creative works, though his use of those motifs did not prevent him from persecution during the Stalinist terror.  He was arrested in November 1936 and charged with terrorist activity. He would be executed on the same day as his mentor Boichuk and his friend Padalka, after which the majority of his works were destroyed. The 1931 and 1933 editions of the Kobzar were also banned, existing copies confiscated and destroyed. There were 5,000 published in the first edition and 10,000 in the second, with only a few restricted copies surviving along with a few in private collections, which makes the fact this volume surfaced in Cleveland, OH all the more remarkable.