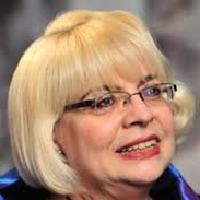 Irina Margareta Nistor (b. 26 martie 1957, Bucharest) is today known as a film critic and as the unmistakeable voice that under communism dubbed practically all the Western films that circulated (semi)clandestinely on video cassettes and were seen by millions of citizens of Romania. She graduated in French and English from the Faculty of Philology and Letters of the University of Bucharest. Before 1989, she was employed by public television, and since 1989 she has collaborated with an impressive number of television and radio stations and with various publication belonging to the print press.

She is now convinced that the films that she translated and dubbed for video cassette circulation before 1989 constituted a “window towards the West.” As she herself puts it: “Categorically, yes. Both for me and for those who managed to watch them. For everyone they were, in fact, something of that sort. Even for the communist big shots – because they got their hands on the cassettes too. For me, this “shock of the West” was probably felt less than for other people. In our home, these matters were talked about – sympathetically. We were always anticommunist, always royalist. We talked as openly as was possible about these things. And about the more luminous reference point of our world – namely the West. I know that through these films, many of them “consumer cinema,” so to speak, I was bringing a trickle of the West into Romania. I didn’t believe – there’s no point in exaggerating now – that this would bring them down. But I wanted to see how far it would go. How far and how long they would let me. And it went quite far.”

She does not consider that her translation and dubbing of over 3,000 Western films (semi)clandestinely in communist Romania constituted some kind of noble mission. She does not claim to have been a dissident. “Perhaps I would have liked to have been conscious of something of this sort; I would probably have felt better. I was, as I was saying, convinced that the communist system would last an eternity  – that as my folks used to say, it would last as long as the Middle Ages. So, what I was doing there, translating films, was my way of cutting myself off from that system, of ignoring it as far as I could. When I went in and translated, when I entered into that film, so to speak, I no longer knew what was happening round about: that they were cutting my gas, my electricity, that I didn’t have bread, milk, butter, meat. I no longer knew that it was cold, that they weren’t giving us heating, that they had rationed all foodstuffs, that every year my father had to go with his typewriter to the Militia and declare it, in case anyone thought we were writing some manifesto or other. It was, if you like, my way of arranging a space of freedom for myself.

At present she is one of the best-loved film critics in Romania, who has managed at the same time to have a notable international career. She comments regularly in the mass-market press in Romania on the major film festivals that take place each year. She is also frequently a member of film festival juries. For a number of years she has organised a Festival of Psychoanalysis and Film. She has been decorated with the Order of Carol I, accorded by the Royal House of Romania.

Božidar (Božo) Novak (Hvar, 18 May 1925 – Zagreb, 26 June 2013) was a Croatian journalist and current affairs writer, also active in other areas of public life. According to the biography in his book Hrvatsko novinarstvo u 20. stoljeću [Croatian journalism in 20th century], after attending the classics gymnasium in Split and Zagreb, in 1946/1947 he graduated from the Faculty of Political Science in Belgrade, majoring in journalism and diplomacy. He studied law at the Faculty of Law of the University of Zagreb. He studied journalism in Salzburg (American Studies Training) and specialised during study tours in England, the USA, Austria, Italy, Czechoslovakia, the USSR and Japan.

He began his career in journalism in May 1945 in the newspaper Slobodna Dalmacija in Split. He wrote news, features, commentaries, foreign policy reports and travel pieces. He worked as the editor-in-chief of Slobodna Dalmacija, the domestic affairs editor in the Jugopress news agency and for Vjesnik, serving as editor-in-chief of that paper Vjesnik from 1955 to 1963, and as director of the Vjesnik publishing and printing company from 1963 until the end of 1971. After assuming the latter post, he initiated the creation of Vjesnik’s newspaper documentation collection for the operational needs of that newspaper company and its editorial departments. He served two terms as the president of the Croatian Association of Journalists and the Union of Yugoslav Journalists, and in period 1966-1969 he was a delegate in the Parliament of the Socialist Republic of Croatia.

In the 1960s and early 1970s, during the Croatian Spring, he criticized the communist regime through his public work. This is why in period 1972-1990 he was banned from engaging in any journalistic or public activity. He wrote about this in his aforementioned book on Croatian journalism in 20th century, and when it was published, he spoke about it in length in an interview for the newsmagazine Nacional in June 2005. In his own words, the first open confrontation with the regime came in 1962, when at the plenum of Yugoslav journalists in Pristina on 16 and 17 April of that year, on behalf of Croatian Association of Journalists, he requested the breaking up the federal unified information system, abolition of the division into federal, republic and provincial newspapers and media, rejection of the doctrine on the “press as the voice of the communist party” and Moša Pijade’s assertion on the “journalist as an general ignoramus”, as well as the request for abandonment of the party directive stipulating that Yugoslav newspapers should not engage in mutual polemics. As a particular period of crisis for Croatian journalism and the media in general, he further specified 1969, under circumstances of normalisation of relations between Yugoslavia and the USSR, harmed in the preceding year by the Soviet intervention in Czechoslovakia. At the time, Vjesnik wrote critically about the presence of the Soviet fleet in Croatian territorial waters, ports and shipyards. Thereupon, as a condition for normalization of transnational and party relations, the Soviet communist party and government requested control of the press, especially Vjesnik, on the grounds that it was anti-communist. At a meeting with Josip Broz Tito on the Brijuni islands on 16 June 1969, which was also attended by media directors, Novak, as the president of the Union of Yugoslav Journalists, rejected Kardelj’s bill on information which stipulated stronger influence of the communist party on the media, and advocated
the further opening and liberalization of the press. That same year, he refused to print texts  in Vjesnik about the Andrija Hebrang case, which was reviewed and approved for print by Tito himself. He further said that in the spring of 1971 he refused the federal leadership’s request for removal the Vjesnik’s editor-in-chief, Milovan Baletić, because of the “Croatian spy affair”, a ploy  by which the federal intelligence agencies attempted to compromise the Croatian national democratic political leadership on charges of collaboration with Branko Jelić’s Ustasha/émigré centre in Berlin. At the end of 1971, due to the suppression of the Croatian Spring and repression against its participants, Novak was forced to retire, as he pointed out itself, with a “very extensive media slander campaign.” First he resigned from the party, and then as a director of Vjesnik. Condemning his work, the party organization in Vjesnik suggested his arrest on charges that was a “participant in the maspok [mass movement], a counter-revolutionary, a techno-manager, a rotten liberal who defies Tito and Bakarić.”

For a period of 18 years (1972-1990) in which he was banned from engaging in any journalistic or public activity, he recounted that he spent time fishing, reading books and clipping articles from newspapers. With the support of his father’s friend Grga Novak (Hvar, 2 April 1888 – Zagreb, 7 September 1978), a Croatian historian and archaeologist, and then president of the Yugoslav Academy of Arts and Sciences, he researched and wrote about the history of Hvar’s fisheries in the Middle Ages. Looking back to that, dissident, time, he said he was “professionally killed and then left to live.”

After 1990 he once more began participating is public life, actively standing up for media freedom and democratic values through engagement in civic organisations: the Croatian Association of Journalists, the Civic Initiative for Freedom of Public Speech, the Croatian Helsinki Committee for Human Rights, the Open Society Institute, Miko Tripalo Centre for Democracy and Law. In 2005, he received the Miko Tripalo Award for his contributions to the development of democracy and press freedom, and in 2010 the Croatian Helsinki Committee for Human Rights honoured him with its Lifetime Achievement Award.

He has written and published several books and approximately fifty technical papers about the history of journalism and about issues pertaining to journalism and the protection and promotion of press freedoms. 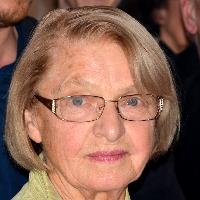 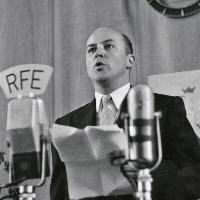 Nowak-Jeziorański, Jan
Jan Nowak-Jeziorański is one of the most important figures in Polish post-War history-  as a symbol of relentlessness, patriotism and opposition, both to Nazi and communist regimes. During World War II he served in Home Army (Armia Krajowa; Polish resistance movement and a structure independent from the Nazi state, Polish). He transmitted information between the Polish government in exile in London and the Home Army in Poland. After the war he created the Polish Section of Radio Free Europe and advised to the US presidents (Reagan and Carter) throughout the Cold War period.
több 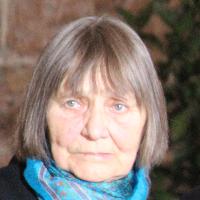 Dana Němcová is a Czech psychologist and is one of the most significant personalities from the Czechoslovak anti-communist opposition. She was born on 14 January 1934 in Most, her father was a teacher. She spent her childhood and the war years in Nové Město nad Metují. During the 1950s, she studied psychology at Charles University’s Faculty of Arts; she settled in Prague after finishing her degree. She married the psychologist and Catholic intellectual Jiří Němec in 1955; they had seven children together. During the 1970s and 1980s, she participated in the dissident movement. She was one of the first signatories of Charter 77 and briefly also its spokesperson. In 1978, she co-founded the Committee for the Defence of the Unjustly Prosecuted (VONS). She was not allowed to work as a psychologist during Normalization – she worked as a cleaning lady. She was imprisoned for six months in Ruzyně in 1979 and then sentenced to two years of a suspended sentence for the subversion of the republic. She was also taken into custody during “Palach Week” in January 1989, when she attended memorial events on Wenceslas Square in Prague.

In November 1989, she played an important role in the foundation of Civic Forum and was later elected as a deputy of the Federal Assembly. In 1993, she participated in the foundation of the Advisory Centre for Refugees of the Czech Helsinki Committee. She is a member of the board of directors of the Committee of Good Will – Olga Havel Foundation. In 1990, she was awarded a prize from the international Catholic peace movement Pax Christi. She was awarded a Ist Class Medal of Merit by President Václav Havel in 1999 and the Central Europe Prize in 2000, as well as the Arnošt Lustig Prize in 2016.
több
21 - 25
«« előző oldal 1 2 3 4 5 6 következő oldal »»