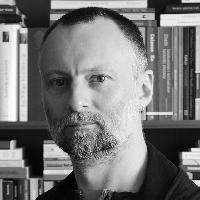 Onyszkiewicz, Tymoteusz
Tymoteusz Onyszkiewicz (1973) was one of the first anarchist activists in the capital of Polish People’s Republic. When he was 13 years old he had become a fan of the metal music, but after about a year he switched to punk rock. Polish and Western punk tapes brought to him for the first time the ideas of anarchism. He mocked communist organisations such as The Polish-Soviet Friendship Society, whose board bulletin he used to change, parodying official announcements. As a student of a Szkolny Ośrodek Socjoterapii (SOS, School Sociotherapy Centre) he met other youngsters fascinated by anarchism, among them Arkadiusz ‘Owca’ Zajączkowski. They started organising anarchist meetings and demonstrations and founded the A-Cyclists collective. Onyszkiewicz took part in demonstrations, happenings, and rallies organized by anarchists and other youth opposition groups, as well as street fights with the skinheads and police. He continued his anarchistic engagement after 1989 transition and participated in preparing the alter-globalist protests against European Economic Summit in Warsaw in 2004. Poet, writer, author of poems, novels, essays, articles published in journals as well as in popular papers. Philosopher interested in the gnosis, Buddhism, and ancient philosophy. He works as a trainer of yoga and martial arts.

As a participant of the anarchist movement under the late socialism and still an active member of Anarchist Federation Tymoteusz Onyszkiewicz was one of the initiators of the Fuck 89 exhibition in 2014 and author of the Fuck 89 manifesto. Although the cooperation of informal ‘steering committee’ was collective and anonymous, Onyszkiewicz played the main role in the production of the exhibition. After the original exposition in A.D.A. squat in Warsaw, he presented the Fuck 89 archive in anarchists' sites in Wrocław, Rzeszów, and Kraków. Onyszkiewicz drew the very conception of the Fuck 89 as a symbolic farewell of heroic past from the 1980s, with its legends and heroes, necessary to raise a new anarchistic movement, free from the old mistakes. Anarchists failed in 1989, he argued, the end of socialism turned out to be a beginning of a new, oppressing regime: neoliberal capitalism. So there should be no sentiments toward ineffective struggles when some new are on the horizon. Thus the Fuck 89 was an anti-sentimental gesture closure in the history of post-war anarchism in Poland.

Onyszkiewicz and other young anarchists were radically against the socialist government and militarized state regime. However, at the same time, they opposed ‘Solidarity’ movement as clerical, nationalist, and conservative. Onyszkiewicz remembered that also cultural divisions between the mainstream and the alternative were not strict because as a young punk rock fan he was able to buy cassettes in official, public stores. 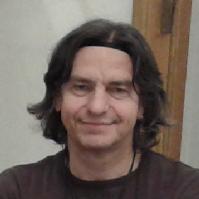 Aleš Opekar is a Czech musicologist, journalist and director of the Popmuseum in Prague. During his graduate and postgraduate studies, he focused on, among other things, the lyrics of Czech pop music. As a musicologist and music journalist, he published in Gramorevue, Melodie and Mladá fronta in the 1980s. He worked as a journalist in magazine Rock&Pop in the 1990s. He gives lectures on pop music at universities and he worked in Institute for Musicology on the Czech Academy of Sciences until 1998. He is active in Czech Radio, where he was the head of the Department of Jazz and Pop Music between 1999 and 2012; he has been a music editor since 2013. He collaborated on the filming of the documentary TV series Bigbít (1998, Czech Television). He initiated the founding of the museum and archive of pop music (the Popmuseum), where the archive materials were originally stored after they were collected for the filming of the TV series. 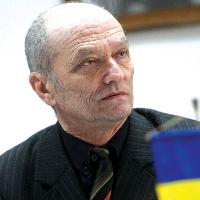 Traian Orban (b. Petroșani, 20 februarie 1944) is a vet by profession. However following his participation in the Revolution of 1989, this became an insignificant detail for his identity. As he presents himself, in a veritable declaration of faith in the mission taken up by the institution that he has run for more than two and a half decades: “At present I am a pensioner, a category II invalid and disabled since I was shot during the Revolution. I am the president of the Memorial to the Revolution Association, founded in 1990, an association that was set up out of the desire to honour the memory of the heroes, to create a centre of documentation, to find out the truth about the Revolution, to create a memorial complex of monuments marking the most important locations in the city, where people were killed.”

Traian Orban is at present one of the leading figures in civil society in the west of Romania, a respected personality in the Romanian public space and one of the most insistent fighters for finding out the truth about the Romanian Revolution of 1989. As he confessed to the COURAGE project researchers, Traian Orban has a vision of communism, at least the communism that he experienced in Romania, that is utterly unequivocal: “It was a political system without a God; it was a system against human nature. It cultivated fear, opportunism, toadyism, laziness, snitching – just about everything that is low and base in people. It didn’t bring wellbeing to people; it reduced most of them to the verge of bare subsistence. Communism generated a lot of suffering through dictatorship, through the repressive system that it embodied, through the personality cult, through restrictions on human rights. With all sorts of limits imposed, with food rationing, with insufficient clothing. Nothing was for people; on the contrary it was against people, against people’s normality. With the hunger, with the cold, with the fear that it brought, communism was against people.”

több
Orosz, István
Istvan Orosz works both as a film director and a graphic artist. He was born in Kecskemét, Hungary in 1951. He was trained as a graphic designer at the University of Arts and Design in Budapest. After graduation in 1975, he began to deal with theatre as a stage designer and animated films as an animator and film director. Later, when poster came to the center of his interest he made mainly theatre, movie and exhibition posters. He is known as a printmaker and an illustrator, as well. He is a regular participant at the major international biennials of posters and graphic designs and his works has been shown in individual and group exhibitions in Hungary and abroad. He is a film director at the Pannonia Film Studio in Budapest, professor of the University of West Hungary in Sopron, member of the Alliance Graphique International and the Hungarian Art Academy.
több

Gerhard Ortinau was born on 18 March 1953 in a village on the Bărăgan Plain (Borcea), in a family of Banat Danube Swabians, a German-speaking population settled in this region during the eighteenth century by the Habsburg Empire. His family was deported from the Banat in 1951 as part of the forced displacements of population from the border region with Yugoslavia to areas in the Bărăgan (in South-East Romania), because his parents were labelled by the communist authorities as “former exploiters” (ACNSAS, I 233 471, vol. 1, 1).

From 1972 to 1976, Ortinau studied German and Romanian philology at the University of Timișoara. During his studies he was one of the initiators of Aktionsgruppe Banat, a group of young Romanian-German writers, which also included Albert Bohn, Rolf Bossert, Werner Kremm, Johann Lippet, Anton Sterbling, William Totok, Richard Wagner, and Ernest Wichner, most of them students at the same university. The literature created by this group sought to be socially committed, to offer a critical view of society. Because of their non-conformist lifestyle and because they adopted in their literary texts ideological perspectives inspired by the neo-Marxism of the Frankfurt School and certain aesthetic principles which contradicted the literary canons of the time, Aktionsgruppe Banat was considered by the Romanian communist authorities to be a subversive group. Ortinau, together with his colleagues, was attentively put under surveillance starting from 1974, and subsequently he was subject to a series of repressive measures. In 1973, the Securitate became interested in Ortinau’s literary activity because an informer of the Securitate talked about the poems he had sent to the cultural magazine Echinox in Cluj, which the secret police considered subversive (ACNSAS, I 233 471, vol. 1, 6–7). Also, another informer highlighted in his notes the critical ethos of the poem Die moritat von den 10 wortarten der traditionellengrammatik (sic!) [The street ballad of the ten parts of speech of the traditional grammar], which included allusions to the abuses of Ceaușescu’s dictatorship. This was published in 1974 in the magazine Neue Literatur (a publication of the Romanian Writers’ Union for the German-speaking public) because it had escaped the watchful eye of the censorship.

Because they felt they were being watched, the group members planned to influence the Securitate by agreeing to collaborate as informers. Thus, Gerhard Ortinau and William Totok agreed to become “sources” of the Securitate and supplied the secret police with a series of items of information trying to present the group in a positive light. This information was given with the agreement of the other group members,who were also kept up to date with the actions of the Securitate. By corroborating their notes with those received from numerous other informers, who discussed the group’s activity, the Securitate discovered their double game (Petrescu 2015, 135–136).

Based on this detailed information about his literary activity, on 2 October 1975, the Securitate searched Gerhard Ortinau’s house and confiscated many manuscripts, letters, and books (Totok 2001, 46–47). On 12 October 1975, Gerhard Ortinau, Richard Wagner, William Totok, and Gerhardt Csejka, the last-named being a supporter of the young Romanian-German writers, were arrested because they were accused of wanting to cross the border illegally (ACNSAS, I 210 845, vol. 2, 69). This accusation came when the four of them were heading towards the house of William Totok’s parents in Comloșu Mare, which was close to the border. In fact, the Securitate wanted to accuse them of undermining the regime. During the investigation, the local Party leaders intervened to ask for their release because their conviction for political reasons could have caused reactions in the international press (Totok 2001, 47–48). As a result, the four were released after about a week of interrogation, but the activity of the group of young writers was suppressed through repressive measure. In the following years, Ortinau continued to be persecuted by the authorities. In September 1977, the Securitate confiscated other manuscripts and forbade him from publishing (ACNSAS, I 233 471, vol.1, 162). After emigrating to the Federal Republic of Germany in 1980, he settled in West Berlin and continued his literary activity. He published several literary volumes such as Verteidigung des Kugelblitzes: Erzählungen (The defence of ball lightning: Stories; 1976) and Ein leichter Tod: Erzählungen (An easy death; 1996).