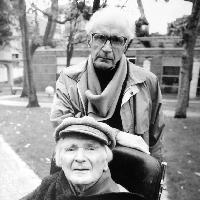 Aurel Cioran, the younger brother of Emil Cioran, was born on 14 May 1914 in the village of Răşinari, Sibiu county, Romania (then part of the Austro-Hungarian Empire), and died on 27 November 1997 in Sibiu, Romania. His father Emilian, a Romanian Orthodox priest, was a member of the local elite involved in the political emancipation movement of the Romanians from the Austro-Hungarian Empire. His mother, Elvira Cioran (born Comaniciu) had roots in the Romanian minor nobility of Southern Transylvania. In the period 1932–1935, Aurel Cioran attended the Gheorghe Lazăr high school in Sibiu. From his teenage years, Aurel Cioran felt a strong attraction to Orthodox Christian Theology and he contemplated the possibility of becoming a monk. His brother convinced him to give up this intention. Consequently, he attended the Faculty of Law of the University of Bucharest in the period 1935–1937. During his university studies, he was influenced by the historian Nicolae Iorga and philosopher Nae Ionescu and socialised with young intellectuals such as Petre Ţuţea, Mircea Eliade, and Constantin Noica. Being influenced by this cultural milieu, he became a sympathiser of the Legionary Movement. From the 1930s onwards, he openly manifested his allegiance to the Legion and published pro-legionary articles in the Sibiu-based far-right newspaper Glasul Strămoşesc. He fostered a friendship with Constantin Noica, with whom he exchanged correspondence starting in the1960s (Sârghie 2012, 15). In 1937, Aurel Cioran started to work as an apprentice lawyer in Sibiu, and in 1940 he became a fully-qualified lawyer and was admitted to the Sibiu Bar.
In the period May 1942 to January 1944, Aurel Cioran served as an officer of the Romanian army in the Second World War. After returning home from the front he resumed his activity as a lawyer until March 1948 when he was purged from the Sibiu Bar. Due to his allegiance to the Legionary Movement he was arrested in June 1948, and convicted along with twenty-six others for conspiring against state security. He spent seven years in political prisons in Romania. After his release from prison, Aurel Cioran worked for eight years as unskilled worker and he was never again allowed to practice as a lawyer. Starting in the1960s he exchanged an intense correspondence with his brother, Emil Cioran, who had chosen to remain in France after the Second World War, and with other intellectuals such as Constantin Noica. According to Stelian Tănase, his correspondence was kept under close surveillance by the Securitate (Tănase 2009b). In 1981, the Securitate allowed Aurel Cioran to visit his brother in Paris, although this kind of permit was rare under communism in the case of former political prisoners. The strategy of the Securitate was to allow him to visit France in the hope that he would convince his brother to return to Romania in his old age. Emil Cioran’s possible return to Romania was perceived as a legitimising event by the Ceauşescu regime. The Securitate also tried to press Aurel Cioran to collaborate with them, but their attempts ended in failure (Tănase 2009b). 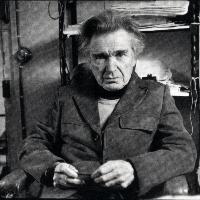 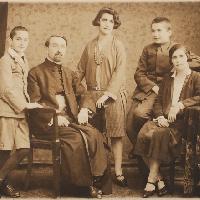 Emilian Cioran (born 30 October 1884 in the village of Răşinari - died 17 December 1957 in Sibiu), the father of the brothers Emil and Aurel Cioran, was the founder of the Aurel & Emil Cioran Collection. The parents of Emilian Cioran – Şerban Cioran and Stanca Dancăşi – were members of the local Romanian elite. The Cioran family gave up shepherding and became merchants at the beginning of the nineteenth century. Șerban Cioran was the mayor of the village of Răşinari in the period 1888–1897. Being a wealthy merchant and local politician, Șerban Cioran invested in the education of his children. After Emilian Cioran had graduated from the local confessional school in 1895, he attended the Hungarian State High School in Sibiu from 1895 to 1903. Like many children of the local Romanian elite in Transylvania during the nineteenth century, Emilian Cioran chose to pursue an ecclesiastical career. In the period 1903–1906, he attended the courses of the Orthodox Theological Institute in Sibiu.
According to the internal rules of the Orthodox Church in Transylvania, he was elected priest in 1906 in his native village, one of the most important Orthodox parishes in the southern part of Transylvania. After serving for nineteen years in Răşinari, he was promoted to higher positions in the Orthodox Church. In 1924, he became the protopresbyter of the city of Sibiu and later, in 1938 he was appointed counsellor of the archdiocese of Sibiu by the Orthodox Archbishop of Sibiu Nicolae Bălan; he held this position until his retirement in 1947. Emilian Cioran was active also in the political and cultural fields. In December 1918, he took part in the Romanian National Assembly in Alba Iulia as a representative of the village of Răşinari. From 1926 to 1930, he also taught religion at the Domniţa Ileana High School in Sibiu. In 1930, he was elected a member of the central committee of the ASTRA Cultural Association, which had become the main Romanian cultural institution in Transylvania in the time of the Austro-Hungarian Empire. In the period 1911–1957, he collected various personal documents, letters, and books, which illustrate his activity as a clergyman and a member of several cultural associations such as ASTRA and the Gojdu Foundation. 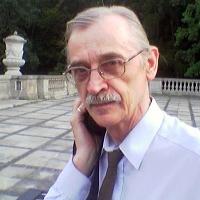 Ciołek, Erazm
Erazm Ciołek was a Polish photojournalist, mostly known for his photographs of the Solidarity movement and the democratic opposition of the 1980s.  A sociologist by training, Ciołek began a photographer career in the 1950s. He worked for major Polish newspapers, magazines and news agencies. He also took interest in visual arts and documented Polish artistic community. In 1980, Ciołek witnessed and documented the birth of Solidarity during the strike at the Lenin Shipyard in Gdańsk in 1980. Prior to that, he was not active in any opposition organizations, though he cultivated friendly ties with individual dissidents. However, the spontaneous trip to Gdańsk in August 1980 was a cathartic experience, which cemented Ciołek's unequivocal and open support for the democratic opposition. He was able to freely photograph the strike in the Lenin Shipyard after Jacek Kuroń, one of the KOR leaders, vouched for him.
Later, Ciołek captured in his photography the martial law period in Poland, opposition protests, the Round Table Talks between the opposition and the party regime, and Solidarity's victory in the partly free elections of 4 June 1989. Member of Solidarity, he took part in the activities of underground publishing setting up photographic services for underground news agencies and publishers. He also photographed police brutality and crackdown on human rights, and paid tribute to victims of communist security and police, including Grzegorz Przemyk and Reverend Jerzy Popiełuszko. With the exception of brief detention in 1985, he was not persecuted by the regime. Ciołek is justly credited for visualizing the most important events in Poland's recent history and contributing to the legacy of Solidarity.
több 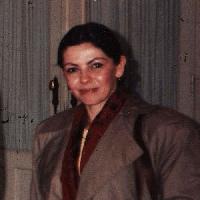 Ariadna Combes (née Iuhas, b. 19 November 1954, Cluj – d. 9 November 2016, Paris), the daughter of the Romanian dissident Doina Cornea, was a Romanian activist, translator, and journalist, who during the 1980s supported the anti-communist activities of her mother. She was the first child of Doina Cornea and the lawyer Leontin Cornel Iuhas. In 1973, Ariadna Iuhas started her studies in philology at the University of Cluj. Taking advantage of a scholarship to France in 1976, she decided not to return to Romania. In France, she married Michel Combes and continued her studies. She obtained a MA degree in English literature from the University of Grenoble and a BA degree in French literature from the University of Brest (Florescu 2016).

Ariadna Combes’s important role in supporting the activities of her mother began in the early 1980s. At that time the Romanian communist regime started to react promptly to Doina Cornea’s oppositional activities and the Securitate tried to silence her by cutting off her means of communication with the outside world. Ariadna Combes made sure that the Romanian authorities would fail in their endeavour to isolate her mother. Firstly, by using informal channels she managed to send her mother many books that were not available in Romania due to the censorship and the cultural isolation imposed by Ceaușescu’s Theses of July 1971. Among them was Mircea Eliades’s L'épreuve du labyrinthe, which Doina Cornea translated into Romanian,  transforming her manuscript into a samizdat publication with a help of friends and relatives (Petrescu 2013, 308–309; Cornea 2006, 73). Because Doina Cornea expressed her opposition to the communist regime through her letters to the Romanian department of Radio Free Europe (RFE), Ariadna Combes made sure that these letters reached their destination. Sometimes she was directly involved in getting her mother’s writings out of Romania but in most cases she was responsible for receiving, typing, and translating them and sending them to RFE and international newspapers. Ariadna Combes also closely monitored the reaction of the international media towards the case of her mother and collected in distinct files the articles published about her by Western newspapers (Cornea 2009, 196, 199, 202, 265).

After her mother Doina Cornea and her brother Leontin Iuhas were arrested in 1987 due to their expression of solidarity with the 1987 workers revolt against the communist regime in the city of Brașov, Ariadna Combes organised an international campaign to secure their release from prison. In the same year of 1987, she was granted an audience at the French Ministry of External Affairs. This audience was the beginning of a series of Western diplomatic pressures on the Romanian authorities to release Doina Cornea and her son, and also to grant the Combes family visas to visit Doina Cornea. In 1988, the communist regime declared Ariadna Combes “an undesirable person on the territory of Romania,” and thus she could no longer visit her mother. As a result she increasingly focused on raising the awareness of international public opinion about the case of her mother and acted as her representative in various official situations. In 1988, she accepted on behalf of her mother the prizes offered by two organisations for human rights in Norway and Denmark and organised a committee of support for Doina Cornea that included important French political leaders, among them the French president François Mitterrand. After the broadcasting of Josy Dubié’s film The Red Disaster, which featured an interview with Cornea about destruction of the Romanian villages, many French citizens including public personalities expressed their support for the Romanian dissident. Consequently, Ariadna Combes turned her committee of support into an official organisation Comité de soutien à Doina Cornea, which numbered 2,000 members (Cornea 2009, 266–269).

From 1988 until the fall of the communist regime in Romania, Combes was constantly invited to conferences organised by human rights associations and universities in France, Belgium, Switzerland, Germany, and England to speak about Doina Cornea’s situation and the cases of other persecuted Romanian dissidents. In 1989, on her initiative, the committee of support for Doina Cornea asked its members to support her candidacy for the Nobel Peace Prize. This was a movement intended not only to make known the case of the dissident Doina Cornea worldwide but also to pressure the communist regime not to take radical measures against her. Also in 1989, Ariadna Combes honoured the invitation sent in Doina Cornea’s name and spoke in front of the Council of Europe and the European Parliament about the situation in Romania, the fate of national and religious minorities and the persecutions that dissidents were subjected to by the communist authorities. She also involved herself in Opération Villages Roumains (OVR), a transnational movement to support opposition to the demolition of the Romanian villages entailed by the programme of rural systematisation, a policy promoted by Ceaușescu. Her commitment to defending human rights in communist Romania and her numerous stands against the regime there gained official recognition as she was invited to act as one of the vice-presidents of the Paris-based French League for the Defence of Human Rights (affiliated to the Fédération Internationale des Droits de l’Homme) (Cornea 2009, 269–272).

After the fall of the communist regime in December 1989, Ariadna Combes supported the building of Romanian civil society and protested on many occasions against the new political leaders who had come to power in Romania and who had close connections with the communist regime. She died on 9 November 2016 in France and her funeral urn was buried in her native town of Cluj-Napoca.