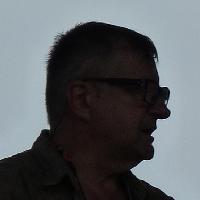 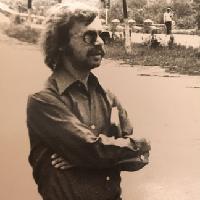 Richard Wagner, born on 19 April 1952, in Lovrin, a village in the region of Banat in Romania (a region which had a significant population of Danube Swabians), became the leader of Aktionsgruppe Banat, a group of non-conformist Romanian-German writers. Aktionsgruppe Banat was considered by the Romanian communist authorities to be a subversive group because their literature contained a critical view of the society they lived in, it contradicted the aesthetic canons of the time, and their lifestyle was unconventional. The young writers in this group were subject to a series of repressive measures from the communist regime in Romania in the 1970s and the 1980s, until they emigrated to West Germany (only Werner Kremm chose to remain in Romania).

Wagner’s literary activity began when he was in high school with the publication of his first poems in the German-language press in Romania. Between 1971 and 1975, Wagner studied English and German philology at the University of Timișoara. During his studies he led the group of young German writers Aktionsgruppe Banat, which also included Albert Bohn, Rolf Bossert, Werner Kremm, Johann Lippet, Gerhard Ortinau, Anton Sterbling, William Totok, and Ernest Wichner, most of them students at the same university. The group was active in the period from 1972 to 1975, following a coherent theoretical programme, and Wagner played an important role in outlining it. Although many of them had known each other previously, because they had published literature in the local German language press, the group was created only in April 1972 (Wichner 2012, 431–432). The name Aktionsgruppe Banat was suggested by the Romanian-German literary critic Horst Werner, and the young writers adopted it, as they could identify with the activism it suggested. The publication of the debate during a roundtable entitled Am Anfang war das Gespräch (In the beginning was the dialogue) in the student edition of the local newspaper Neue Banater Zeitung in April 1972 marked the real birth of the group (Wichner 2012, 431–432). The theoretical foundations of their literary activity were laid then. Here is how Wagner outlined the principles of the group’s activity: “We must rethink methodically our relationship with society. The specific of the minority comes afterwards. The analysis of social reality must come first” (Totok 2001, 14).

Under the influence of Brecht and of the writers of the “Vienna Group,” who promoted a literature preoccupied with social reality, Aktionsgruppe Banat brought to the public literary creations which challenged the conservative values of the German minority in the Banat region. The rebellious spirit also took the form of wordplay or irony aimed at the political system and social phenomena in Romania in the 1970s. In the opinion of Ernest Wichner, one of the group members, the literature promoted by Aktionsgruppe Banat should “have woken up and shaken up all that was dusted, old and stuck from an ideological point of view” (Wichner 2013, 6).

However, the young writers did not intend to become dissidents against the regime. The fact that Wagner’s debut volume, Klartext (Plain text), published in 1973, was awarded by the Union of Communist Youth proves that initially the group was not considered hostile by the authorities (Wagner 1973). Thus, the magazine Neue Literatur, a periodical of the Romanian Writers’ Union addressed to the German-speaking public, published in 1974 a collage of texts by the young writers, some containing very courageous wordplay with critical allusions to political realities. For example, the poem Die moritat von den 10 wortarten der traditionellen grammatik (sic!) [The street ballad of the ten parts of speech of the traditional grammar] by Gerhard Ortinau included allusions to dictatorship, while Richard Wagner’s Bikini criticised the wooden language of the time (ACNSAS, I 210 845, vol. 2, 15). The publication of these texts took place in the first half of the 1970s, while the effects of the cultural liberalisation in Romania at the end of the 1960s and the beginning of the 1970s could still be felt. This allowed the circulation of Western cultural products during that period. Thus, the members of Aktionsgruppe Banat could come into contact with Bertolt Brecht’s writings, with those of the “Vienna group” and the Frankfurt School, and with Western rock music (Wichner 2013, 6). This liberalisation also enabled a relative autonomy of cultural institutions from the political authorities and a relaxation of censorship. Gerhardt Csejka, editor of the magazine Neue Literatur, published by the Romanian Writers’ Union, played a major part in publishing the young writers’ texts and in promoting them. Csejka used to discuss with them and decided which literary creations could be approved by the censorship (Iorgulescu 2006, 419–421). The mid-1970s brought about a gradual decrease in the autonomy of cultural institutions, and a return to a strict subordination to Party institutions, as part of an ampler process of returning to Stalinist cultural policies. These changes were the result of the new, neo-Stalinist and anti-Western, cultural policy initiated by the so-called Theses of July 1971. In this context, the publication by the magazine Neue Literatur of the non-conventional texts written by the members of the group attracted the attention of the Securitate, as a result of the detailed notes supplied by informers in the German-language literary community (ACNSAS, I 210 845, vol. 2, 1–15). From this point of view, the case of Aktionsgruppe Banat illustrates the limits of this liberalisation and its restriction due to change in the cultural policies of the Romanian communist regime in the mid-1970s.

From 1973, the young writers in Aktionsgruppe Banat took control of the student literary circle Universitas. Because of their non-conformist literature and lifestyle, they became real role models for Romanian-German students in Romania and beyond. Their non-conformism drew the attention of the Securitate (ACNSAS, I 210 845, vol. 2, 1–17). In May 1975, Aktionsgruppe Banat marked the third anniversary of the start of their activity by reading in public a collage of poems with critical allusions entitled “Frantic applause from everybody.” In William Totok’s opinion, this meeting was likely perceived by the Securitate as an act of defiance (Totok 2001, 26). In the fall of 1975, during a trip of some group members and supporters of the group to Comloșu Mare, where Totok’s family lived, they were arrested. Richard Wagner, Gerhard Ortinau, William Totok, and Gerhardt Csejka were interrogated for several days. They were accused initially of trying to cross the border illegally, but the investigation was reoriented towards the accusation of undermining the regime (Wichner 2013, 7; ANSAS, P 054927, 55). During the interrogation, pressure was put on Wagner, Ortinau, and Csejka to declare that the message of Totok’s texts was also politically subversive (Totok 2001, 49). In William Totok’s opinion, because the local Party leaders thought that condemning the young writers for political reasons might cause an international scandal, they asked the Securitate to release them (Totok 2001, 47–48). The repressive actions of the Securitate led to the disintegration of the group. After several years, they would resume their cooperation in the official framework of the official literary circle Adam Müller-Guttenbrunn in Timișoara. Richard Wagner became the leader of this literary circle at the end of the 1970s and tried to write literature in communist Romania during a period when more and more members of the German minority were emigrating to West Germany. After graduating, Wagner initially worked as a teacher of German, and between 1979 and 1983 he was editor of the Romanian German-language periodical Karpatenrundschau.

Intense surveillance by the communist authorities and harassments from the state authorities continued in the 1980s. In 1984, Helmuth Frauendorfer, one of the young people who attended the meetings of the Adam Müller-Guttenbrunn literary circle, was arrested and interrogated by the Securitate. In September 1984, a series of young writers affiliated to this literary circle responded to the actions of the Securitate in a memorandum addressed to the local Party leaders, in which they protested against the abuses by the employees of the Ministry of Internal Affairs committed against the arrested member and other harassments suffered by the group members (ACNSAS, I 210845, vol.2, 332–333.). However, the intimidatory actions of the authorities against them continued.Richard Wagner, for example, was fired from the press in 1983. Consequently, in 1985 Wagner and his wife, Herta Müller, requested an exit visa for the Federal Republic of Germany, and they emigrated in 1987. Wagner continued his activity as a writer in Berlin.

több
Walther, Joachim
From 1968 till 1983, Joachim Walther worked at the literary magazine "Temperamente" and the publishing house "Der Morgen" as editor and publisher. His dismissals there were preceded by disputes about censorship. Afterwards, he worked as a freelance writer, but largely withdrew himself from the official literature scene until 1989. In 1990 he was appointed vice-president of the reformed writers' guild of the GDR. He wrote and published  "Sicherungsbereich Literatur" [Security Area Literature] in 1996, which is still a standard reference about the entanglement of State Security and writers in the GDR. For 20 years he himself was the target of serveral operations of State Security. He has in-depth knowledge of the literary scene of the GDR. Together with Ines Geipel he founded the "Archiv of Suppressed Literature in the GDR".
több 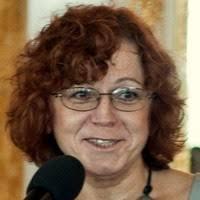 Alicja Wancerz-Gluza (b.1956). A Polish activist, founder and member of the board of the KARTA Centre Foundation. The wife of Zbigniew Gluza. In 1979 she graduated from the University of Warsaw. Member of the "Solidarity" in 1980. In January 1982, with a group of friends, she opened an underground newspaper called "Karta", which became a quarterly later on.

During the 1980s she was deeply involved in the underground movement. In 1987 she was one of the key persons responsible for launching the Eastern Archive. After 1990 Alicja Wancerz-Gluza conducted various tasks for KARTA - she is the leader of a historical competition for pupils "History at hand". She was also responsible for the digitalization process in KARTA.

több
Warnke, Uwe
Uwe Warnke studied cartography in Dresden. In 1982, he created the artists' book ENTWERTER/ODER which was published underground until 1989. Since reunification, it has continued to be published, though now officially, and Warnke is still editor. He also has written articles for other publications like UND, USW and Die Spinne.

In 1990 he founded a company that publishes artists’ and painters’ books and began working with visual poetry. He is also a member of the artists’ book group 13+, which has held international exhibitions since 2000.

He is a recipient of the V.O. Stomps prize of the city of Mainz and of scholarships from Culture Fund Foundation Berlin, Social Art Funding Berlin and Künstlerhaus Lukas.
több
1 - 5
1 2 3 következő oldal »»