The Circle of History Students at the State University of Tartu was founded on 25 March 1946 by Richard Kleis, the dean of the Faculty of History and Languages, Julius Madisson, the head of the Department of General History, and members of the former Academic Society of History. From 1948, it belonged to the Students' Scientific Union at the State University of Tartu. The chairperson of the circle was chosen from among the students, but the board of the circle also had two advisors from among the lecturers; one was usually from the Department of History of the Soviet Union, and the other from the Department of General History. Most members were history students.
The Circle of History Students usually organised lectures five to eight times a semester. Lectures were given mostly by students. From 1948, conferences were also organised, which took place in the spring. From 1960, every spring, three-day-trips also took place to different places within Estonia and outside. Additionally, from 1964, day-trips in Estonia were also organised. In 1962–1977, members of the circle published articles in the university’s publication Ajalooalaseid töid (Works of History).
Tõnis Lukas has written that the opinion formers in the circle were academically more successful than those of the Komsomol organisation, whose leaders achieved lower results in their studies. He also stated that the student movement Noor-Tartu (Young-Tartu) can, with certain reservations, be considered a semi-underground part of the Circle of History Students. Indeed, in the late 1970s and early 1980s, the board of the Circle of History Students was made up of members of Noor-Tartu: Mart Laar, Lauri Vahtre, Mart Kalm and Heiki Valk.
The activity of the society declined in the second half of the 1980s, but it was revived in 1997. The Circle of History Students is also active today, and, among other activities, its members are researching the history of their organisation.

több
Studio Theatre
The history of the Studio Theatre dates back to the year of 1945, when it was established as a theatre in a basement of a building at Marszałkowska 8, in the centre of the ruined city of Warsaw - initially as a part of the Miejskie Teatry Dramatyczne (Municipal Dramatic Theatres) organisation. During the following years and up until 1955, the theatre changed its name and style several times, and from 1955 on, it became integrated within the Classical Theatre as a scene for classical theatrical forms and performances for children.


In 1971, Józef Szajna, a scenographer, director, painter and a theatre theorist, became a director of the Classical Theatre. Under his leadership the scene at Marszałkowska developed into an independent, experimental theatre open to new forms and artistic quests, named Teatr Rozmaitości (Variety Theatre). In 1972, the scene in the Palace of Culture and Science became the official Studio Theatre in 1972.

After the very first season of Józef Szajna's mandate, the Studio Theatre obtained a very distinctive style, different from the more conservative Dramatic Theatre, situated in the opposite wing of the Palace of Culture and Science. In 1972, on Szajna’s initiative, a contemporary art gallery was established within the Studio Theatre.

At the beginning of the 1980s, a dispute emerged between Józef Szajna and the artistic group considering the form and the future of the institution. The introduction of the martial law from 13th of December 1981, provided Szajna an opportunity to end the conflict without losing his reputation. His resignation, which he had announced shortly after the declaration of the martial law, was publicly considered by the public (unaware of the internal conflicts in the theatre) a sign of a political resistance.

Following this event, Jerzy Grzegorzewski, a recognised director, scenographer, and a playwright, was appointed as a new artistic director of the theatre. Mateusz Żurawski, an expert in Grzegorzewski’s opus and life, claims that the authorities allowed his nomination due to his reputation of a “harmless lunatic”; a person concentrated on the art itself, who refrains from commenting on the reality and addressing political issues in his works. Under his leadership in the 1980s, the Studio Theatre was one of the few theatrical institutions which maintained a high artistic level.

From a diachronic perspective, the plays performed by the Grzegorzewski group contained an ambiguous and profound commentary of Polish reality in the 1980s. Stanisław Ignacy Witkiewicz became a reference to the artistic spirit of the theatre which was named after him in 1985. In the 1980s, the Studio Art Centre further developed its activities, e.g. by creating a film documentation studio. Grzegorzewski left the theatre in 1997 and was succeeded by Zbigniew Brzoza (artistic director) and Krzysztof Kosmala (executive director).

Between 2007 and 2009, the position of a director was held by Bartosz Zaczykiewicz who tried to revive the Studio Gallery. However, some of the Studio Theatre initiatives at that time were either terminated or restructured. The management company was closed further on and the collection of the Film Studio was transferred to the Zbigniew Raszewski Theatre Institute. As a result, the Studio Art Center ceased to exist.

In 2010, , the Jerzy Grzegorzewski Section was created within the Studio Theatre. Mateusz Żurawski works on the archives inherited from the former director of the Theatre and on all the other archives related to the Studio Theatre. His mission also involves making the collection available to the broad public. 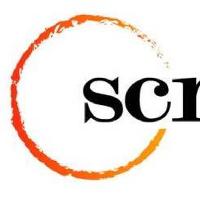 The Study Centre for National Reconciliation in Ljubljana was established in May 2008. The Centre is a government institution working under the Ministry of Justice. Prior to the establishment of the Centre as a separate scientific and research institution, it operated as the Sector for Redressing of Injustices and National Reconciliation within the framework of the Ministry of Justice. The Centre was established with the intention of researching the totalitarian systems that existed in Slovenian territory in the 20th century – fascism, national socialism and communism. Given that the fascist and Nazi repression in Slovenia has been more explored, the Centre primarily focuses on researching human rights violations in the communist era.

The Centre conducts scholarly and research projects, the first of which explored the revolutionary violence of communism in Slovenian territory. Currently, the Centre is carrying out a project based on an interdisciplinary approach which deals with the history of violations of fundamental human rights and freedoms in the 20th century. The Centre collects testimonies from victims of World War II and its aftermath and tries to make the general public more familiar with these stories, ultimately influencing the enhanced awareness of democracy and human rights in Slovenia.

Substitut is a Berlin-based production company and picture agency whose projects mainly focus on sub- and counterculture in the GDR. Their main emphasis is punk.

In 2005 Substitut organised the exhibition “Too Much Future” that gave an in-depth look at the topic punk in the GDR. It showed how countercultures can develop in a dictatorship, which influences they exert outside this counterculture and with which repression its members had to fight.

The exhibition eventually developed into a multi-media archive which is named “Substitut” too. The archive incorporates private and professional documents, mainly from the 80s. Those include music-recordings and movies as well as files from the Ministry of State Security. It also contains extensive graphical material like posters, flyers, photographs, and paintings.