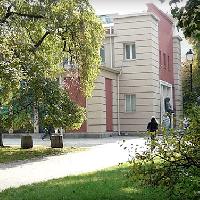 In 1928, the Sofia Municipal Museum was established. It consisted of three departments – Museum, Library and Archive. The establishment of "picture gallery" was an important part of the activities of the museum. From 1929 to 1941 when a specially constructed building for the Sofia City Library and Museum was opened at 3, Banski Square (it was later destroyed during the bombings) the museum occupied different buildings. For the first time, the Sofia picture collection was exhibited there.

In the first several years following World War II the museum went through different stages of development and changes. In 1948, part of its art fund was transferred to the newly-established National Art Gallery in order to lay the beginnings of its art collection. In April 1952, the library and the archive were detached from the City Museum and in October of the same year, with decision of Sofia Municipality, the Sofia History Museum and the City Gallery were pronounced individual institutions. The Sofia City Art Gallery had no exhibition space of its own and from the late 1950s to the mid-1960s it exhibited its collection in a hall located on 11, Levski Str. After 1964 when the hall was destroyed, the works from the funds were exhibited in different cities and towns in the country.

It was only in 1973 that the Gallery was granted its own space in the building on 1, Gen. Gurko Str. It opened in 1977. In the mid-1970s, the Sofia City Art Gallery preserved 2 607 works distributed in three departments – painting, graphics and sculpture. Today, the Museum has four departments – painting, sculpture, graphics, contemporary art and photography. Its collection consists of more than 8 000 works of Bulgarian artists from the late 19th century to this day. Part of the sculptures are exhibited out in the City Garden.

The Sofia City Art Gallery is engaged in scientific and publishing activities as well as in educational programmes. It expands the circle of its audience by organizing meetings, lectures, debates, presentations of books, concerts, film-shows on the topics of the exhibitions and/or video-interviews with artists. Today, the Gallery is a territory for dialogue between the generations of artists and the cultural public which also contributes to the analysis of the development of the Bulgarian art within the global processes.

több
Sofia Municipality
Sofia Municipality is the government of the city of Sofia, the capital city of Bulgaria. It is a juridical person with its own budget. It is led by the mayor and the City Council. The city runs essential communal services. On a low level, it has 24 district councils with administrative responsibilities on the day-to-day level of municipal government.

Sofia Municipality is also an important actor in the sphere of culture. In 2012, the City Council passed the "Strategy for the Development of Culture in Sofia 2013-2013" (https://www.sofia.bg/culture-strategy). It clearly puts culture as an essential element of the city's development and well-being, and lays out a holistic approach towards its development. It aims at turning the city into an incubator or arts and a plattform for the support of the cultural activities of its citizens. Culture should help to turn Sofia into a cosmopolitan city and to underwrite its opennes for innovation. The full text of the strategy can be found here.

The city of Sofia operates important institutions preserving and presenting the cultural heritage of Sofia and its neighbourhood, such as the the Sofia Regional Historical Museum, the Sofia City Art Gallery, the gallery "Dechko Uzunov", the City Library, four theatres and numerous cultural clubs [Dom na kulturata]. The Department for Culture of the City also initiates further activities and support initiatives carried out by third parties. Altogether, these efforts help to collect, maintain and present the cultural and historical legacy of Bulgaria, including that from the communist period.

For more information on Sofia's cultural activities go to: https://www.sofia.bg/web/mayor-of-sofia/culture-department
több
Solidarity Trade Union
Solidarity or Independent Self-Governing Trade Union "Solidarity" was the first autonomous trade union and mass organization in the Soviet bloc since communist takeovers in the 1940s. It came into existence in Poland as a result of workers' strikes that rocked the country in the summer of 1980. Of crucial importance was the strike in the Lenin Shipyard in Gdańsk led Lech Wałęsa which spread to other industrial centers in the Baltic region leading to the creation of the Interfactory Strike Committee. Following the August accords between strikers and the party regime in August 1980, the alliance of striking enterprises evolved into Solidarity trade union in September 1980. Other long terms origins of Solidarity include the 1970s workers' protests in the Baltic Coast, the birth of the democratic opposition and, especially, of the Committee of Workers' Defence in 1976 and the Free Trade Unions in 1978, and the mass mobilization of Polish citizens during the visit of Pope John Paul II in 1979.  An umbrella, largely decentralized organization, Solidarity united members of different political persuasions, professions, and social backgrounds. Solidarity's 'self-limiting revolution' oscillated around attempts to democratize and liberalize the communist system, expand the pockets of autonomous and civil soviety, and introduce self-governing institutions and mechanisms that could limit the party rule. At the peak of its popularity, Solidarity reached the membership of between 9 and 10 million people in the country with the population of 35 million. During the 16 months of its legal existence, Solidarity launched the wave of unprecedented social activism amidst the uneasy relationship of with the party state and under the constant threat of the Soviet military intervention. In December 1981, the authoritarian regime of General Wojciech Jaruzelski, who at that time was the party leader, head of the government and chief commander of the Polish army, imposed martial law in the country, banned Soldiarity and other independent associations, detained thousands of its members, and crashed social protests using brutal force. Solidarity continued its struggle underground organizing peaceful resistance, launching strikes, and running independent social networks and publishing. In 1989, it concluded the roundtable talks with the party regime, which led to the re-legalization of Solidarity and partly free elections in June 1989. The party's electoral defeat led to the creation of Tadeusz Mazowiecki's cabinet, the first non-communist government in Eastern Europe since communist takeovers in August 1989. Solidarity's contribution to the collapse of Communism in Eastern Europe was truly decisive. The organization split into numerous rival political factions in 1990. It continues as Poland's largest trade union.
több 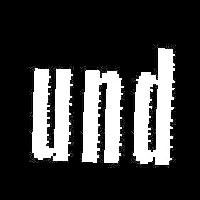 Song and Social Movements Association
The Association Song and Social Movements was founded in 1991 and had the goal of advance the “collecting and merging of songs and documents of the songwriter-movement and adjacent genres” that “developed in the 1960s in cooperation with the social and political movement” (excerpt from the articles of association). The core of its interest lies in collecting items for the singer- and songwriter movement in the GDR. However, it connects this historical basis also with today’s song culture and social movements. As the successor of the former Festival of Political Song (Festival des Politischen Liedes) it organises since 2000 every February the Festival Music and Politics (Musik und Politik). The non-profit organisation and its archive can be reached under PO Box 180154, 10205 Berlin.
több 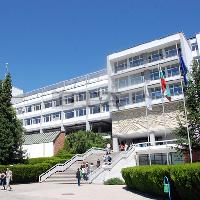 The University was founded as a branch of Sofia University in 1975 in order to locally train teachers for primary school and kindergarten. In 1983, the branch was transformed into the separate Higher Pedagogical Institute. New programs, including mathematics, physics, Bulgarian language and literature, Bulgarian language and history were established in the following years. By 1990, the Institute had five faculties running ten study programs. After 1990, and especially with the Law on Academic Autonomy, the Institute continued to expand its scope. Paid education was introduced as well, alongside study places funded by the government.