The Archive of the Intelligence and Security Service of the Republic of Moldova (SIS Archive) was founded according to the Law concerning the Archival Collection of the Republic of Moldova (Law No. 880-XII of 22 January 1992). On this date, the Archive of the former Ministry for State Security was transformed into a special state archival repository. This Archive became a part of the Archival Collection of the Republic of Moldova. The management, supervision, acquisition procedures, preservation, and public use of the documentary collections stored in the SIS Archive are described in and subject to the above-mentioned law. These procedures are also spelled out in the Regulation of the State Archival Collection, approved by Governmental Decision No. 352 of 27 May 1992, as well as by other internal department-specific regulations. Over 70,000 files are currently stored in the special repository of the Intelligence and Security Service. These files are structured into five main archival collections: 1) The collection of documentary materials concerning the internal management of the Intelligence and Security Service; 2) The collection of documentary materials related to the activity of the Intelligence and Security Service; 3) The collection of judicial files initiated concerning persons subject to political repression during the period of the communist regime; 4) The collection of documentary materials concerning persons repatriated to the USSR during the first post-war years, as well as former POWs held in Nazi camps; 5) The collection of personnel files of the state security service’s employees. The collection of judicial files is particularly important for this collection. The documentary materials stored in this collection are related to judicial inquiries pursued against 28,984 people who were subsequently prosecuted and condemned on the bases of decisions issued by judicial and extra-judicial institutions of the Soviet state. These files and the sentences passed against the people concerned were mostly based upon article 54 (counter-revolutionary criminal acts) of the Penal Code of the Ukrainian SSR, applied to the Moldavian SSR until 1961. Thereafter, these sentences were based on the Penal Code of the Moldavian SSR (article on anti-Soviet agitation and propaganda).

több
Archive of the Masaryk University

The Archive of Masaryk University was founded in 1936. At the beginning it mainly managed documents from the Rectorate, faculties and institutes, and from the 1960s it began to search for personal possessions belonging to important university scholars. As of 2017, there are 135 such funds. Besides them, the content of such typical collections and materials being kept in archives visual: photographs, pictures, audio-visual records, but also textiles, models etc. At the time of socialism, when the archives in Czechoslovakia were strictly centralised into the hierarchical network of territorial archives, the Archive of Masaryk University was the only official archive of the institution outside the capital city Prague.

több
Archive of the Party History Institute of Soviet Lithuania

The Communist Party History Institute was established in 1946 as a subdivision of the Institute of Marxism-Leninism in Moscow. The main aim of the Institute was to translate into Lithuanian and publish the works of Marx, Lenin and Stalin. The Institute collected documentation relating to the communist movement in Lithuania, and carried out research on the topic.

Archives State Agency, Republic of Bulgaria
Archives State Agency (ASA; Durzhavna Agentsia 'Arhivi' in Bulgarian) is the governing body of state archives of the Republic of Bulgaria, founded in 1951 and recreated in 2007. It implements national policy on collecting, preserving, arranging, and using historically valuable archival records. It coordinates the professional search and acquisition of records by state bodies, organizations, and personalities of local, national, and international significance. ASA is at the helm of all state archives in Bulgaria, which include the Central State Archive in Sofia, the State Military History Archive in Veliko Turnovo and 6 regional archive sections, under which 27 local archives operate.

Since 1960, the State Archives has been a member of the International Council on Archives (ICA) and takes part in its international events (congresses, annual general meetings, etc.) and actions. State Archives has been a permanent member of the European Branch of the ICA EURBICA since its creation in 2000. The Archives State Agency undertakes international relations on the basis of bilateral agreements signed with foreign archival administrations such as in Austria, Albania, Armenia, Croatia, Czech Republic, Estonia, Germany, Georgia, Italy, Macedonia, Montenegro, Poland, Romania, Russia, Serbia, and Turkey.

Due to the vastness of its collections (in Sofia and branch offices), the archives under the ASA preserve an immense number of documents on cultural opposition during state socialism. Access is granted based upon the pertinent relevant legislation, and the rules of use of the individual archives. 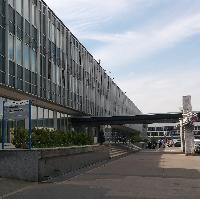 Archive and Programme Funds is an archive department of Czech Television, formerly Czechoslovak Television, with three workplaces in Prague, Brno and Ostrava. Although some audiovisual programmes and documents have been deposited on Czechoslovak television since its establishment in 1953, a separate television archive was formed only in 1965. In spite of gaining independence and, later, the status of being an archive of special importance, APF continued to struggle with both low capacity and technically unsuitable depositories. However, the archive managed to get five grants that continue to the present: the Telemagnetic and Digital Audiovisual Recordings Fund, the Film Fund, the Audiovisual Fund, the Photo Fund and the Fund of Documents.

Throughout the Communist regime in Czechoslovakia, APF was indirectly subordinated to state power and did not participate in alternative culture. However, the work of the archive was not just pro-regime - the archivists could only process pieces of work and associated materials produced and broadcast by the Television, on the other hand, they did so according to the generally accepted rules of archiving and historiography. Thanks to this, the archive owns a huge number of original materials without post-production changes that can be used in current scientific research.

Nowadays, APF is primarily responsible for the management of all audiovisual records of the Television, including their technical preparation and distribution for CT departments. At the same time, it documents some of the older audiovisual programmes and takes over and catalogs documents. The archive also provides research and information services to a wide range of users - from creators who are involved in Czech Television production to external researchers who come to study. APF, as part of Czech Television, has an extensive amount of technical equipment (including film laboratories) and professional staff that enable digitization, transcription and restoration of most archival records. In recent years, APF CT was intensively devoted to the digitization of all funds to ensure their rescue and accessibility for the needs of the Television as well as for the public.