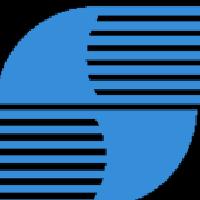 Robert-Havemann-Society
The Robert Havemann Society (RHG) was founded in Berlin on the 19 November 1990 by 23 members and sympathizers of the ‘Neues Forum’ civil rights movement. Its goal was and has remained to document the history of opposition and resistance within the GDR and to collect and preserve relevant documentary material. For this reason, the RHG founded the Archives of Opposition to the DDR in 1992. Since then, the Robert Havemann Society has released publications, curated exhibitions and organized numerous civic educational conferences.

The Archive of the Opposition to the GDR, founded by the Robert-Havemann Society, is the largest and most significant amongst the so-called ‘reappraisal archives’. With its impressive collection of personal documents, the Archive offer a wealth of alternative and contrasting source material to that found in state and party files.
több
Roger Loewig Association
Starting 1966 a close group of friends initiated in Bonn the association the 'Gesellschaft der Freunde Roger Loewigs' [Association of Friends of Roger Loewig]. This played an exponential role in supporting the artist and raising awareness on the artistic production of Loewig in Western Germany, and equally supporting the artist departure from the GDR. After the death of Roger Loewig, the Association has been reorganised in 1998 as the Roger Loewig Gesellschaft e.V. with the aim of managing the artistic legacy of Roger Loewig.
több 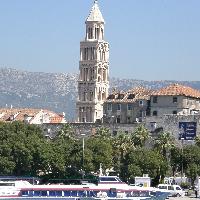 The Romanian Intelligence Service (SRI) is the main secret service in present day Romania. After the fall of the communist regime in December 1989, the Council of the National Salvation Front disbanded all the bodies of the former Securitate and decided the transfer of the remaining intelligence units from the Ministry of Internal Affairs to the Ministry of National Defence. By Decree no. 181 of 26 March 1990, the SRI was set up as a state institution specialised in gathering intelligence on issues relating to national security (Monografia SRI, 61, 68). In 1991, the Romanian Parliament passed Law no. 51 on the National Security of Romania, which defined the threats to national security, identified the other bodies with competences in national security issues and created the Supreme Council for National Defense (CSAT) as a coordinating body for all intelligence activities in Romania. The director of SRI, who is appointed by the Parliament at the proposal of the president of Romania, is a member of the CSAT. Law no. 14 of 24 February 1992 on the Organisation and Functioning of the SRI defined its main tasks in information gathering and its responsibilities in defending state secrets. (Monografia SRI, 61–70, 104). The internal structure of the SRI underwent several reorganisations (in 2001, 2008, 2010), while its profile changed in view of Romania’s integration into European Union and NATO (Monografia SRI, 57–341).

One of the main objectives of the SRI was its reorganisation so that its break with the former Securitate would not remain a merely formal one. Gradually, a new generation of officers trained at the SRI’s educational institutions or recruited from civilian faculties replaced the old personnel. As the formal heir of the communist Securitate, the SRI became the legal owner of the Securitate archives. After the creation of the National Council for the Study of Securitate Archive (known as CNSAS) in 1999, the SRI reluctantly began the transfer of the Securitate documents to the newly created body. Due to a series of decisions by the CSAT, in 2005 the transfer of Securitate files to the CNSAS accelerated significantly. In the following years, the SRI continued to declassify and transfer to the CNSAS the files created by its institutional predecessor. According to the published Monograph of the SRI, between 2006 and 2014, over 90% of the Securitate documents were handed over to the CNSAS. In 2015, at the end of its first 25 years of activity, the SRI announced that some 99% of the files it had inherited in 1990 were in the custody of the CNSAS (Monografia SRI, 159–160, 209, 234–235, 248, 281, 340–341).