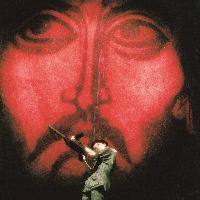 Gordana Vnuk's personal collection contains published and documentary materials about the festival of new theatre Eurokaz, the theatre company Coccolemocco, the international theatre festivals Young People’s Theatre Days and Young People’s Theatre Days of Dubrovnik and the The Society of Amateurs in Culture and Arts Vinko Jeđut at which premises the company was working for some time under the pretext of being its theatre section. Coccolemocco, as a part of independent cultural scene, introduced new elements to the performing arts and a new type of theatre into Croatian and Yugoslav society. Through their selection of themes, the young theatre zealots inaugurated and discussed issues pertaining to Yugoslav leftist practices, relying on the utopian ardour of their generation who chose theatre as a possible mode of responsible and open action along the lines of Brecht and his dialectical method. Such an attitude ultimately lead to negative criticisms from a part of the professional mainstream community.