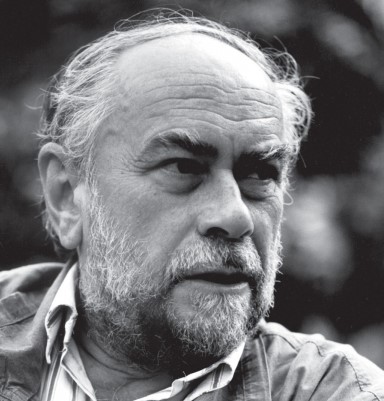 Bogomil Gjuzel is a Macedonian poet, writer, playwright, and translator. He was a dramaturge at the Dramski Theatre in Skopje for two terms, 1966–71 and 1985–98. He was one of the ten founders of the Independent Writers of Macedonia association and its first chairman in 1994. In 1999, he became the acting director of the Struga Poetry Evenings, a position he held until his retirement in 2004. Since 1995, Gjuzel has been editor-in-chief of the bi-monthly literary review Naše Pismo, which he founded in Skopje.

Gjuzel’s father, Dimitar Gyuzelov, was a Bulgarian revolutionary and member of the pro-Bulgarian Macedonian Youth Secret Revolutionary Organization (MYSRO), which was active throughout most of Macedonia over 1922–41, conducting guerrilla attacks on Serbian administrative and army officials. Bogomil’s father was imprisoned and after release was banished from Macedonia. The Gjuzel family lived in Čačak, Serbia, where Bogomil Gjuzel was born in 1939. During the Second World War, parts of Macedonia were occupied by the Bulgarian army, which allowed the Gjuzel family to return to Macedonia in 1941, where Bogomil’s father became the director of Radio Skopje. After the withdrawal of the Bulgarian troops from Macedonia in 1944, Bogomil’s father was killed by Macedonian Communists for being a “traitor to the nation”.