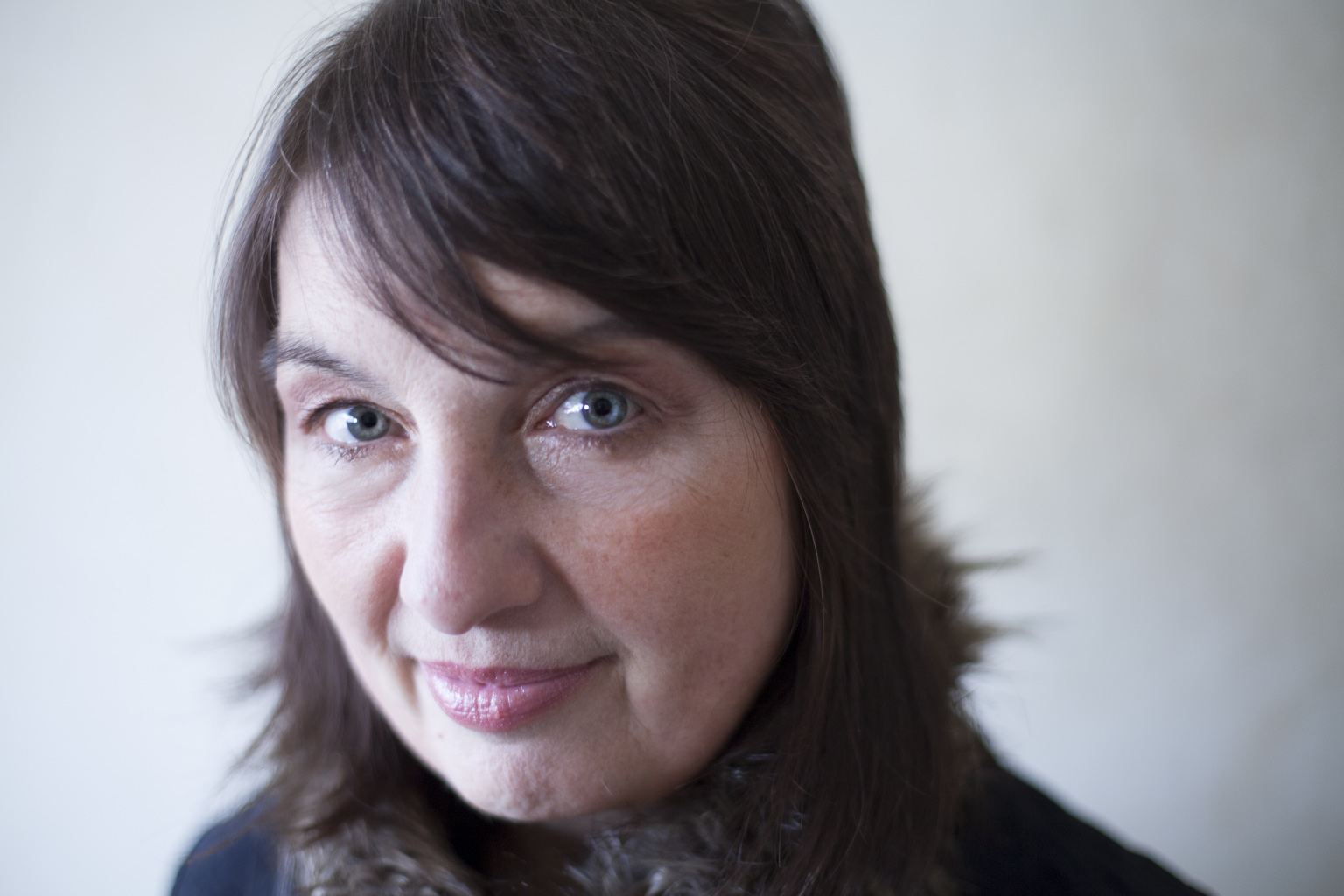 Anna Dąbrowska-Lyons (born 1960) is a photographer and the author of the 1999 album Polski punk 1978-1982, the first of its kind publication in Poland. For the last thirty years, Dąbrowska-Lyons has dedicated herself to art photography, especially portraiture.

She originates from Warsaw where in 1983 she finished Post-secondary Photography Studies (Pomaturalne Studium Fotograficzne). Initially, she supported herself with making photographs that were occasionally published in the official press. She also covered concerts and wrote articles for music and youth press, such as e.g. Na Przełaj. For around half a year she worked at SANEPID Sanitary and Epidemiological Station, as working for an official institution increased chances of obtaining a passport, as opposed to freelance work. Dąbrowska became involved with the first punk “crew” in Warsaw virtually at the very beginning of its existence, and was one of the first women to join this heavily male-dominated milieu. Although unlike the majority of her colleagues she did not display interest in playing in a band, she grew to be one of the most prominent figures of Warsaw punk circles of the late 1970s. She co-created the ephemeral Radio Złote Kłosy (Golden Ears Radio; “ear” as in cereals) fanzine composed of humorous collages and drawings, concentrated on the social life of circles close to Tilt and Kryzys bands.

Dąbrowska decided to introduce the style and poetry of punk music and fashion to photography. From the start, she did not consider herself a documentalist, but rather an artist who contributed to the creation of the punk style. Her photographs — not only portraits but also those from rock concerts — are dynamic, expressive and often humours. Dąbrowska had her first exhibition in 1983 in the prestigious Desa gallery at Nowy Świat street in Warsaw. A presentation of young artist’s punk photographs at such high-profile location was a truly unique occurrence. Subsequent exhibitions took place in 1984 at Irena Jarosińska’s Gallery in Warsaw and a year later at Za Żelazną Bramą Gallery, also in Warsaw.

In 1986 Dąbrowska emigrated to the UK, where she had been before, in 1984, thanks to her friendships with young Britons. Initially, she lived with a friend at a squat in London and worked at i.a. a coffee shop. Although the emigration affected her photographer’s career for a time, in 1987 Dąbrowska exhibited her works again, this time at the Cockpit Theatre in London. In subsequent years she presented her works in galleries in Amsterdam, London, Berlin, and Warsaw. In 1999, at her own expense, she published the Polski punk 1978-1982 album, which enjoys today a status of rara avis. The publication included photographs, fanzine collages, and press articles from the first years of punk in Poland. For many years it has been the only publication of this kind in Poland. In 2003 Dąbrowska-Lyons graduated from post-graduate photography studies at Central Saint Martins School of Art. She continues to create art, and apart from photography, she dedicates herself to digital image processing. Although she lives in London, she visits Warsaw on regular basis; in the meantime, she has also spent some time in Ireland and the Netherlands. The main themes of her works are architecture, graffiti, cars, money, and above all else human faces.

In spite of outright hostile attitude of Polish authorities to punk, Dąbrowska as a photographer has never faced any problems related to censorship or surveillance, unlike many others punk musicians and alternative culture activists.