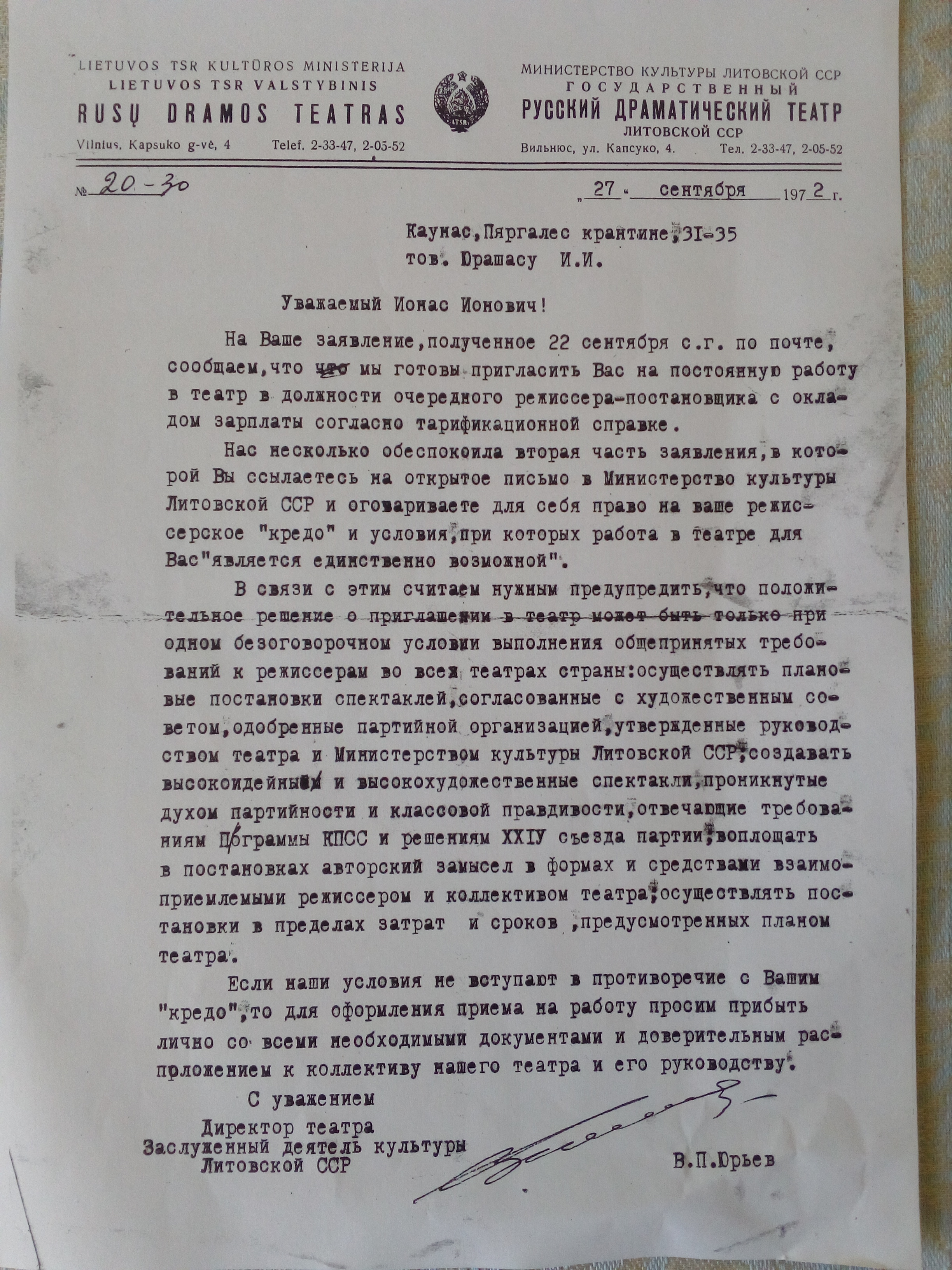 After the intervention of Soviet cultural managers following the discussions about Jurašas' production Barbora Radvilaitė, Jurašas wrote an open letter. In the letter, he expressed his dissatisfaction with the limitations to creative freedom. The letter became the reason for his dismissal from his position as theatre director. An order from the culture minister of Soviet Lithuania said that Jurašas was dismissed from his director's position, and suggests he apply to the Lithuania Russian Theatre for a new possition as an ordinary theatre director. Jurašas put forward his requirements about creative freedom for theatre directors in a letter to the Russian Drama Theatre. He soon received an answer from the theatre that he should follow the rules of the Soviet theatre director and Communist Party decisions, otherwise he would not get a job (see attached document). Jurašas declined this proposal, and became an unemployed artist.