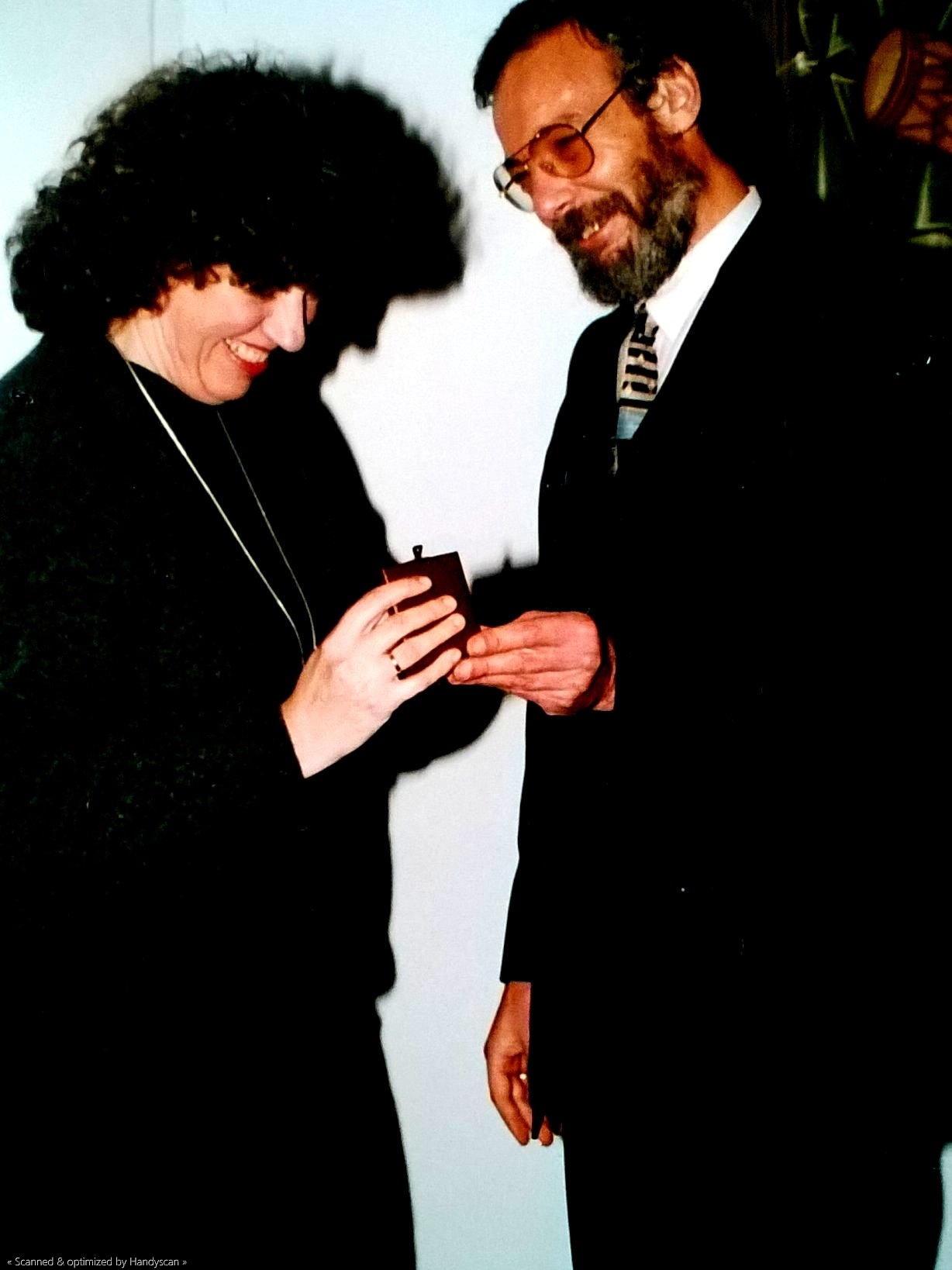 Srđan Hofman was born in Glina, today located in Croatia, in 1944. He studied at the Academy for Music in Belgrade where he received his bachelor’s degree in 1968 and completed graduate studies in 1972. Immediately after graduation, he went on short study visits in Darmstadt, Stuttgart, and Cologne. Since 1974, he has been employed at the Academy for Music (known today as the Faculty of Music) in Belgrade, at the Department for Composition.

Hofman claims that he does not remember himself as part of the “cultural opposition” in the 1970s and 1980s, since, in his opinion, “in Belgrade, there was no dominant ‘socialist-realism narrative’, nor an ‘all valid thesis’ which would prescribe artistic poetics, deeds, content… that would affect creativity in music”. He makes a distinction between different branches of art, such as literature, film, theatre, and visual art, which had “certain boundaries that defined undesirable (and even prohibited) themes; music as a non-semantic art was not among them".

On the other hand, the situation of classical music should be looked upon through the perspective of the modest space this branch of art has in society and, thus, the confined market it operates in. There were strong (and among themselves antagonistic) groups of ‘traditionalists’ conservative composers and the avantgarde. Both groups were striving for greater attention in the society and, thus, material support. The communist regime, however, showed a certain indifference towards classical music. This was reflected in the fact that both conservative/traditional and avantgarde composers did not particular support of the government.

Hofman described the influence of politics on the artistic scene as an emerging system of values where it was prescribed what was “preferred, what will certainly be accepted”, while, on the other hand, another thing gets marginalized. He states that the main criterion is always quality; however, he later questions this: “can quality be recognized with certainty”, thus noting that quality was in this context defined by its closeness to specific cultural politics.

The Academy for Music was one of the locations of the struggle between the conservative and the avantgarde. The Academy was, in Hofman’s words, conservative when it came to study of composition, and that he as a student was against conservativism or academicism in the curriculum and work methods of the Academy. Regarding academicism, he primarily considers the study and imitation of previous musical epochs, and the suffocation of new elements and approaches to contemporary music. However, today Hofman thinks that academism was already withering when he started studying. Therefore, this kind of strictness, with which previous generations were faced with, was already “loosened up”. He describes his position as student who rebelled against the outdated teaching of classical music composition. “Therefore, I have had, as a student, rebelled against these aspects or elements, when I say conservatism - I mean academism - in the curriculum and the methods of work in the study of composition.”

From today’s perspective, however, Hofman sees the importance of the classical approach to compositional study and says: “Today when I look at that time it seems that it was useful.  On the other hand, it was useful that I rebelled against it, that I did not accept that that was all I was supposed to know. I even have, sometime near the end of my studies, de facto accepted to go back in my work in order to fill what was perhaps a void in my education, caused by my resistance towards academism. Even then I accepted to go back only temperately, as part of the educational system I should accept and it is good to accept. However, I did not think that it was something I wanted to do, which I think I have proven afterwards through my work. I would not say I was pronouncedly avantgarde or rebellious. On the other hand, when I look back, it seems to me that I was more different than others. I tried to do what I was interested in, what was contemporary at that moment in music.”

At the beginning of 1980s, Srđan Hofman mastered the analogue technique of electronic music in the studio of the Third Program of Radio Belgrade, opened in 1972 by Vladan Radovanović and Paul Mignion. At his initiative and thanks to his advocacy, the Studio for Electronic Music was opened at the Academy of Music in 1982.

In this regard, Hofman thinks he had support, as he said, “of smaller groups of people who did a lot for contemporary music”, where he also names the Third Program of Radio Belgrade. “Of course, their audience was small, they were a small station and from that perspective I could say, I did not have any support. For me it is important and I claim that I had support.”

Srđan Hofman’s body of work contains many orchestral, vocal-instrumental, chamber, solo, and choral works for which he has received many awards. His compositions have been performed at leading domestic and international festivals, such as the Musical Biennale in Zagreb or the World Days of Music in Germany and Sweden. His works are considered to be products of postmodernism in music, and Hofman is considered to be one of the first composers in the former Yugoslavia to use electronic music within classical music.

Today Srđan Hofman works as a composer, professor of composition at the Faculty of Music and Multimedia Art at the University of Art in Belgrade. He also examines theoretical issues in contemporary music and published, beside journal articles, the book “Characteristics of Electronic Music”. Between 1989 and 1998 he was the dean of Faculty of Music. Hofman also served as the Ambassador of Serbia to South Africa between 2002 and 2006.