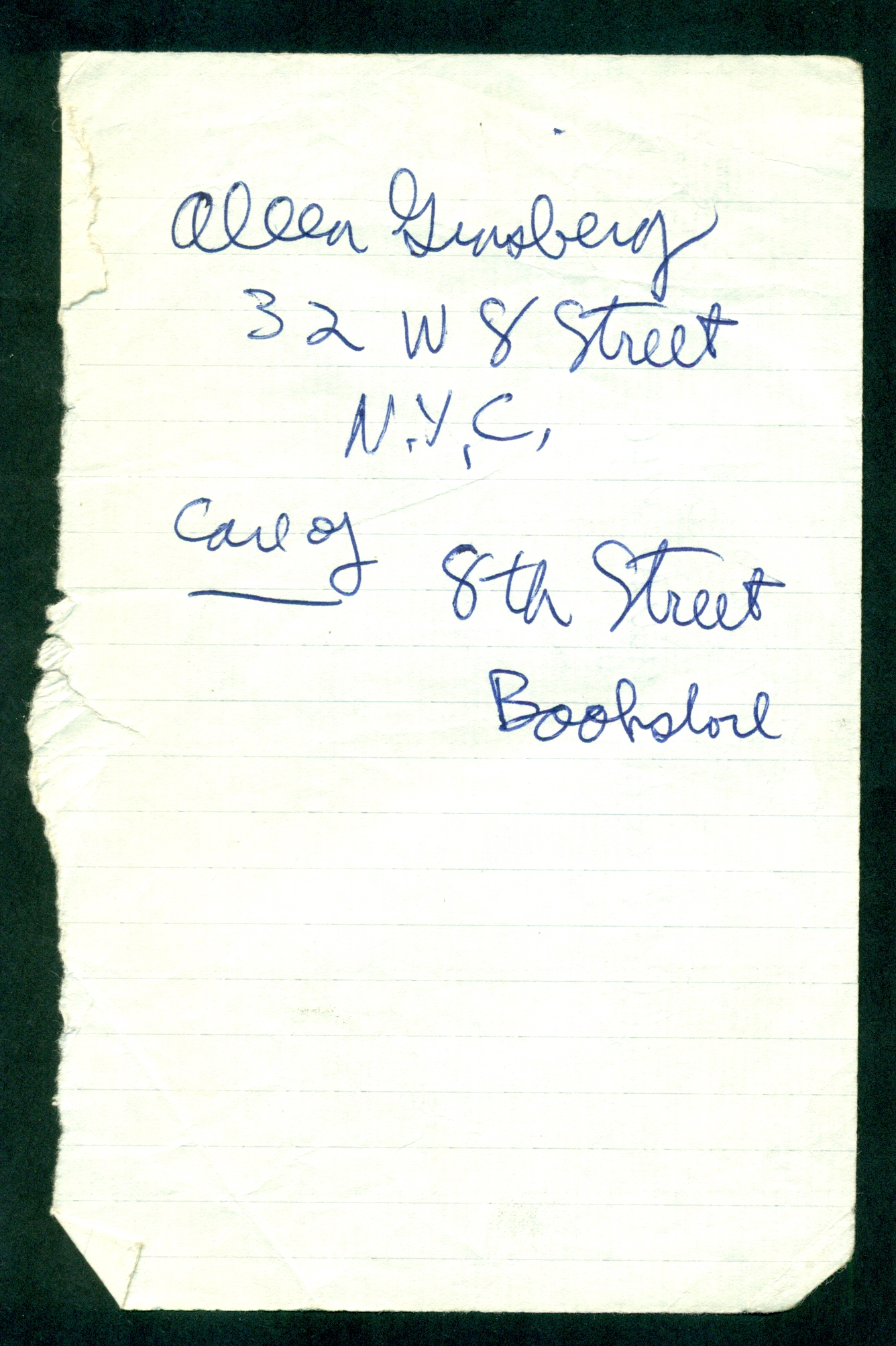 Allen Ginsberg, American poet and leading figure of the Beat Generation, arrived in Prague in February 1965. During his stay in Czechoslovakia, he attended several public readings and discussions. At the beginning of May, during the May celebrations, he was elected by students “The King of May”. However, a week later, he was deported by the State Security to the airport and expelled from the country. Later, Czechoslovak press launched a denigration campaign and accused him of “corrupting the youth”.

The Jindřich Chalupecký Collection at the Museum of Czech Literature contains Ginsberg’s address from 1965 written by Ginsberg himself. This address illustrates Chalupecký’s interest in the American poet and probable contact between them during Ginsberg’s stay in Czechoslovakia in 1965. Moreover, Chalupecký’s name appeared in Ginsberg’s diary that was confiscated by the Czechoslovak State Security.