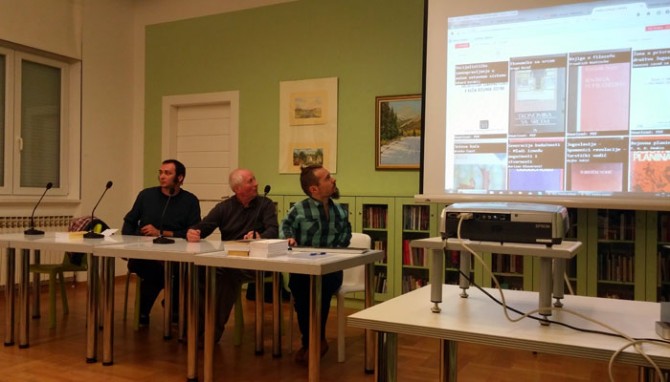 Digitalisation was initiated by two different parties. Ante Lešaja and Nikola Mokrović decided to digitise the collection as part of the activities of the Human Rights Archive operated by the Documenta Center for Dealing with the Past.  At the same time, unrelated to the initiative by Lešaja and Mokrović, Tomislav Medak began to digitise all Praxis editions independently. Medak's activity was a part of the project of digitisation of works in Marxology conducted since 2012. He was scanning books at the Cultural Centre MAMA (Multimedia Institute) in Zagreb as a result of a series of left-wing initiatives after the student blockade of the Faculty of Humanities and Social Sciences in Zagreb. After two years of coordinated and enthusiastic work by Nikola Mokrović and Tomislav Medak on digitisation, the digital archive of the collection is now available for the public at the Public Library website (www.memoryoftheworld.org)..
The Archival Collection of Praxis and the Korčula Summer School in digital format includes all editions of the journal Praxis, the journal Pogledi, the documentation of the Korcula Summer School, books about Praxis and the Korčula Summer School, writings by members of the editorial staff, periodicals, press articles, photos and movie clips. The physical examples used for digitalisation came primarily from the collection gathered by Ante Lešaja.