Event (general): The opening of the Centre for Queer Memory 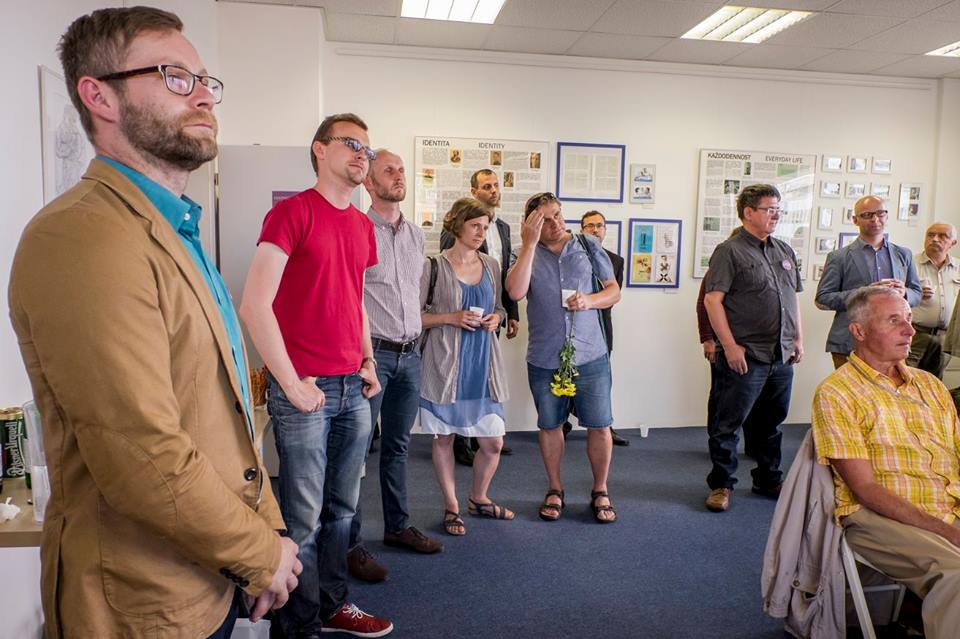 The main goal of the Society for Queer Memory for the year 2015 was to open a multi-purpose space that would function as a facility for works on recording elderly LGBT generation memories, research on LGBT history, preservation of collections from this field, presentation of these outcomes to the public, as well as a place for LGBT seniors meetings. A suitable premise was found in an office building Na Strži 40, which is property of the Municipal District of Prague 4. Following the resolution of this district’s council, the Society, as a non-profit organization, obtained a reduced rent that it could afford to pay. The Society furnished the interior with basic furniture and stored its library and collections there. Then, over several months they started cataloguing and inventorying the items. A temporary exhibition of the LGBT history and memory (author: Jan Seidl, technical director: Pavel Bílek) was installed. The exhibition consists of pictorial-textual panels and copies of significant sources to the history of sexual minorities in the Czech context and presents the main outcomes of previous Czech research about the history of the queer community.

In June 2015, the Centre for Queer Memory was opened to public. Several dozen visitors, representatives of the Society’s Research Board, members of Society as well as delegates from the Prague 4 municipality attended the opening ceremony. Besides the opening ceremony, a higher attendance was also recorded in 2015 during two Open Doors Days within Prague Pride and on two social-discussion intergeneration evenings.