Exhibition: The Sphere of Dreams. 1983 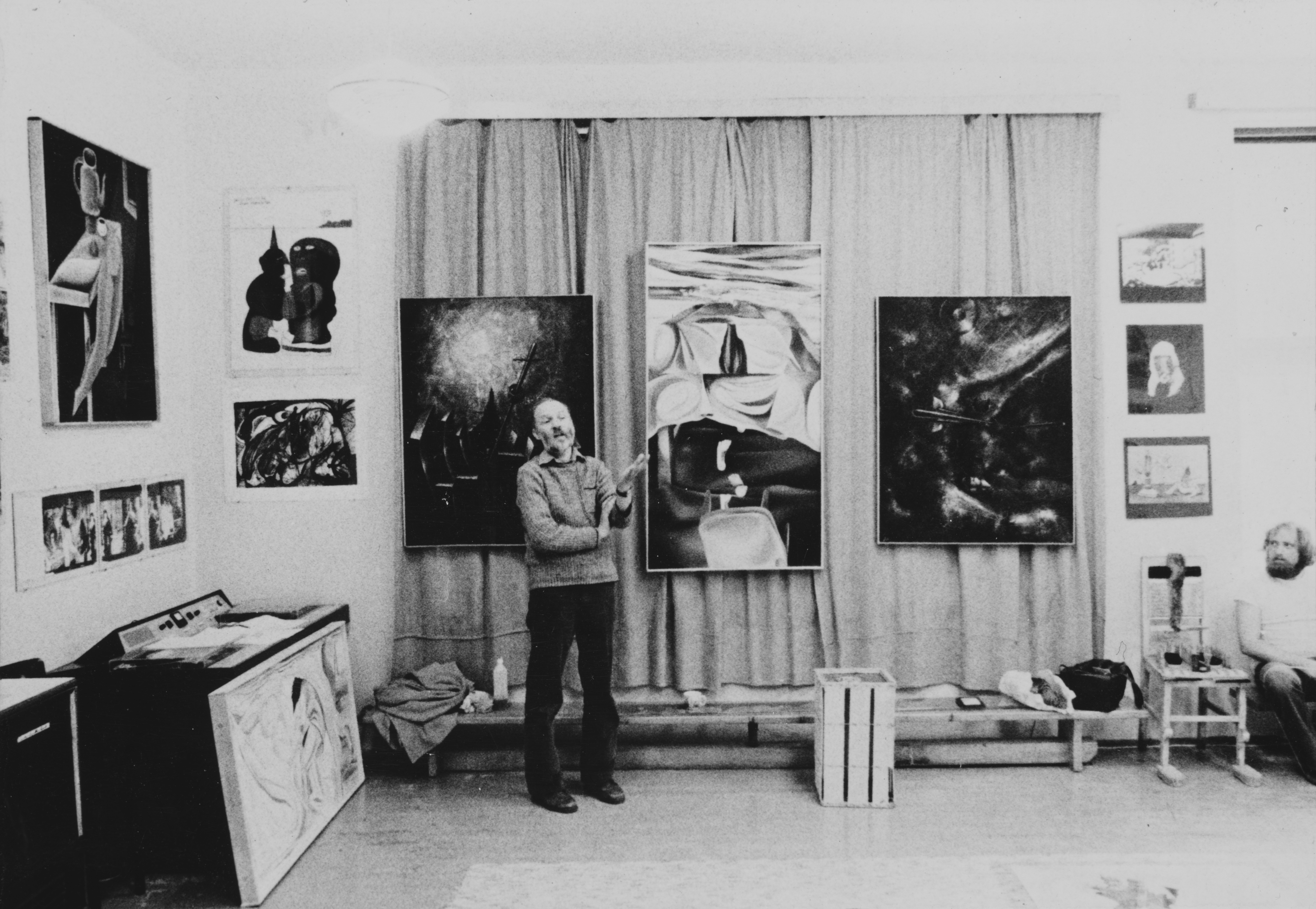 At the beginning of 1983, the Czech photographer Jindřich Štreit began a discussion with Jan Švankmajer, a prominent Czech artist and animator, about the possibility of holding an exhibition of the Surrealist group in Czechoslovakia at the premises of the former Sovinec school. The preliminary date of the exhibition was scheduled for May to June 1983. Štreit knew from the beginning that it would not be easy. That is why he had written a request for permission for the exhibition from the Local National Committee in Jiříkov. On this occasion, he also applied for the possibility of publishing a small catalogue for the exhibition, which also succeeded. The catalogue eventually remained as the only evidence after an unrealized exhibition.

The central motto of the exhibition was the sentence, "No tyrant can forbid dreams". Soon it turned out that the opposite was true. After a few months of preparation with Alena Nádvorníkova, František Dryje and Martin Stejskal, which other members of the group attended, and after the demanding installation process, which was carried out by Jindřich Štreit two days before the planned opening with Jan and Eva Švankmajer, the exhibition was cancelled. On Friday 6 May 1983, the afternoon when the exhibition was ready, Bruntal State Security officials arrived and ordered the exhibition not to be opened and to be removed as soon as possible. The exhibition stayed on until Saturday 7 May 1983, when visitors started to arrive in the morning. On the planned Saturday opening, one of the other artists, Albert Marenčín and his wife, travelled from Slovakia. In this situation, nothing could have been done. From Saturday morning, State Security members stood in the square and in front of the building of the former school where the exhibition was installed and watched who went to the exhibition. On the same day Jindřich Štreit also summoned the morning brigade of the citizens of the village to repair the water reservoir. A cluster of working people served as a security filter for visitors from the morning. Everyone who went to the exhibition was familiar with the situation and was warned about the danger of confrontation with the State Security. On Sunday 8 May 1983, the situation was repeated, but on a smaller scale. That day the show had to be shut down. An extensive collection composed of the works of the so-called second surrealist generation has not been seen ever since.