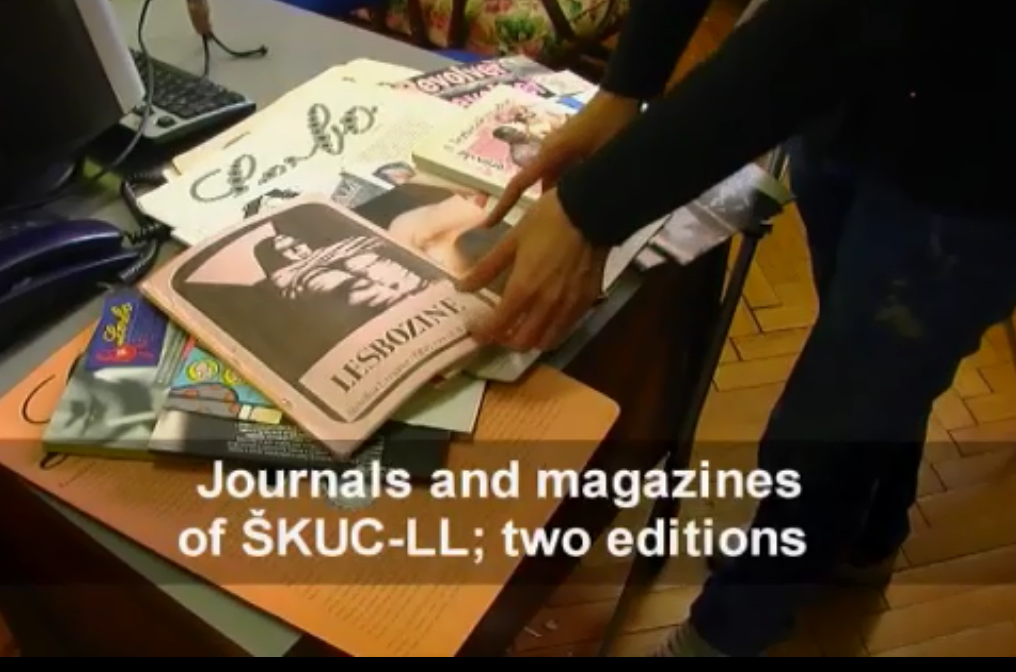 The documentary film Relations. 25 years of the lesbian group ŠKUC-LL (Razmerja. 25 let lezbične sekcije ŠKUC-LL, Ljubljana, 2012, 84 min) was released on the twenty-fifth anniversary of the lesbian organization ŠKUC LL to mark a quarter of a century of the lesbian movement in Slovenia. Through private recollections, interviews and a wealth of documentary video materials, the film Relations traces the history of ŠKUC LL since its foundation until 2012. The film features prominent Slovenian activists and feminists who directly participated in Lesbian Section first public activities in the 1980s, such as Suzana Tratnik, Natasa Sukič, Mojca Dobnikar, Natasa Velikonja and Tatjana Greif. The first part of the film is focused on the lesbian and gay movement that emerged in the 1980s in the Yugoslav socialist context. Media and video materials from Lesbian Library and Archive were extensively used in the film, i.e., the cover of Lesbosine magazine in 1988.

The author and director, Marina Gržinić, a Slovenian philosopher and visual artist, together with co-authors Aina Šmid and Zvonka T Simčič, described Relations on the promotional webpage as follows: “The film presents a variety of processes of marginalization and the struggle for rights by the lesbian and LGBT community in Slovenia and beyond in the former Yugoslavia. It is a struggle for visibility, but also a testimony to the incredible power of the lesbian movement, its artistic and cultural potential, critical discourses and emancipatory politics. The film consists of interviews, documents, art projects, nightlife, political appearances, and critical discourse. The film also talks about Europe, global world capitalism and the status of lesbians today.” (http://grzinic-smid.si/?p=276).