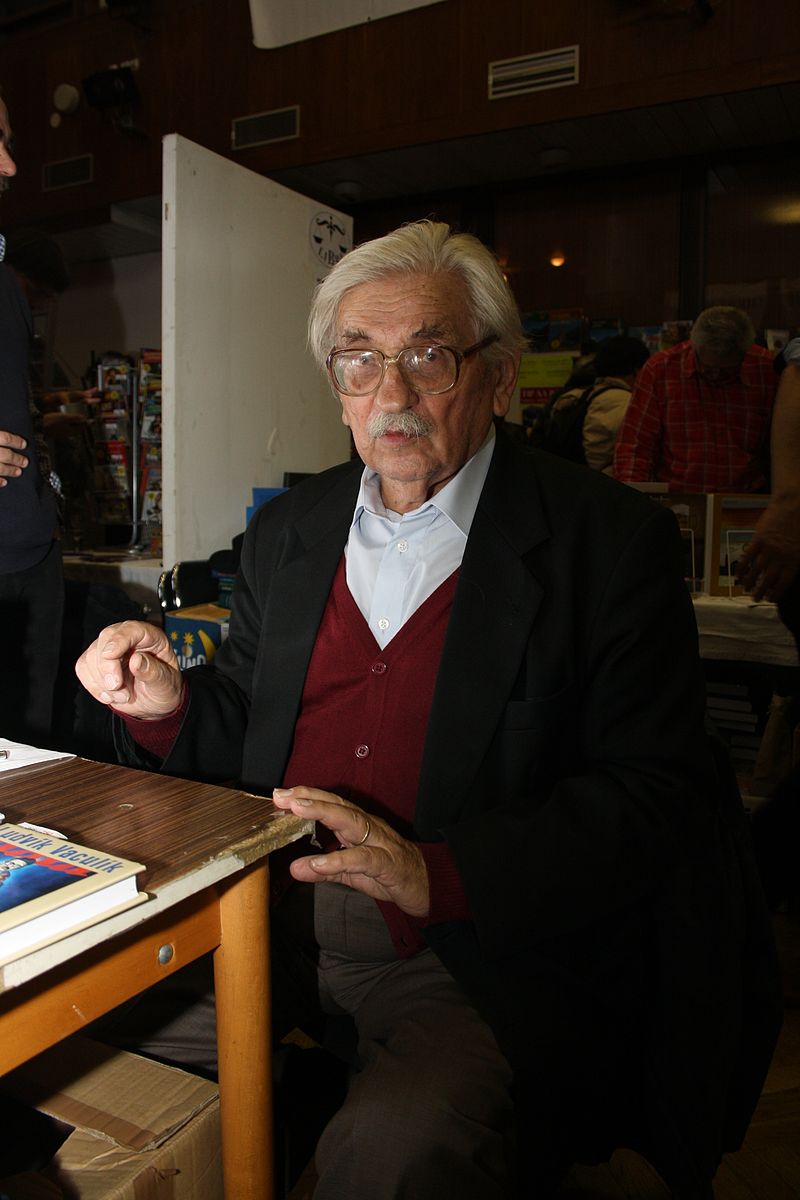 Ludvík Vaculík was a writer and columnist. During the Second World War he worked at the Baťa factory in Zlín, studied at a shoemaking school and a business school for foreign trade. After the war he graduated from the Political and Social College. Upon returning from military service, he became editor of Rudé právo (Red Law), and later also worked in Czechoslovak radio. During the 1960s, he attracted attention in the editorial office of the Literární noviny (Literary Newspapers), later renamed Literární listy (Literary Letters) and then Listy (Letters), the most important periodical of the reformed intelligence. He remained at Listy until its ban in 1969.

Ludvik Vaculík was a member of the Communist Party; he joined in 1945. At the first meeting he knew he had made a bad decision. He did not like kind of people he met there, but he did not want to quit because he hoped he would have an influence from within. He did not like the Communist regime abusing the idealism of its supporters. At IV. writers’ congress in 1967 he spoke about the post-war development of Czechoslovakia and he was particularly critical. He declared that "no human question has been resolved in our country in twenty years." After this performance, he was expelled from the party.

In 1968, he wrote he proclamation, "Two Thousand Words". He also became a signatory of Charter 77. After the Prague Spring was suppressed, he was banned from publishing for 20 years. Conservative communists called him a platform for counter-revolution.

Vaculík did not emigrate from Czechoslovakia, but took over the samizdat edition of forbidden literature, Edice Petlice (founded in 1972).  For the next two decades, Vaculík was one of the leading dissidents and writers who were officially banned, but their works and ideas spread through samizdat or in foreign editions. After 1989 he continued his creative work. His best-known works include, for example, Český snář (Czech Dream Book) (1981), which is a narrative about life in dissent, or a novel for young people, Morčata (The Guinea-Pigs) (1973), which explores human marginalization. This work has been translated into eleven foreign languages. Český snář deals with everyday experiences of the late '70s, but also increasing pressure from the State Security following the formation of Charter 77, of which Vaculík was a founding member. At the same time, Vaculík wrote highly-valued feuilleurs, one every month. Their readers were predominantly people from dissident circles. Separate editions were published only after 1989 in two collections, Spring is Here and August Year. Vaculík was one of the most persecuted writers in Czechoslovakia. He lost his job and was forbidden from publishing. However, he did not emigrate even after the occupation in 1968.

In 1996 he was awarded the Order of T. G. Masaryk III. class. In 2008, he was awarded the State Prize for Literature, “for his literary and publicist work so far, taking into account the prose piece ‘Hodiny klavíru’ (‘Piano Lessons’)”