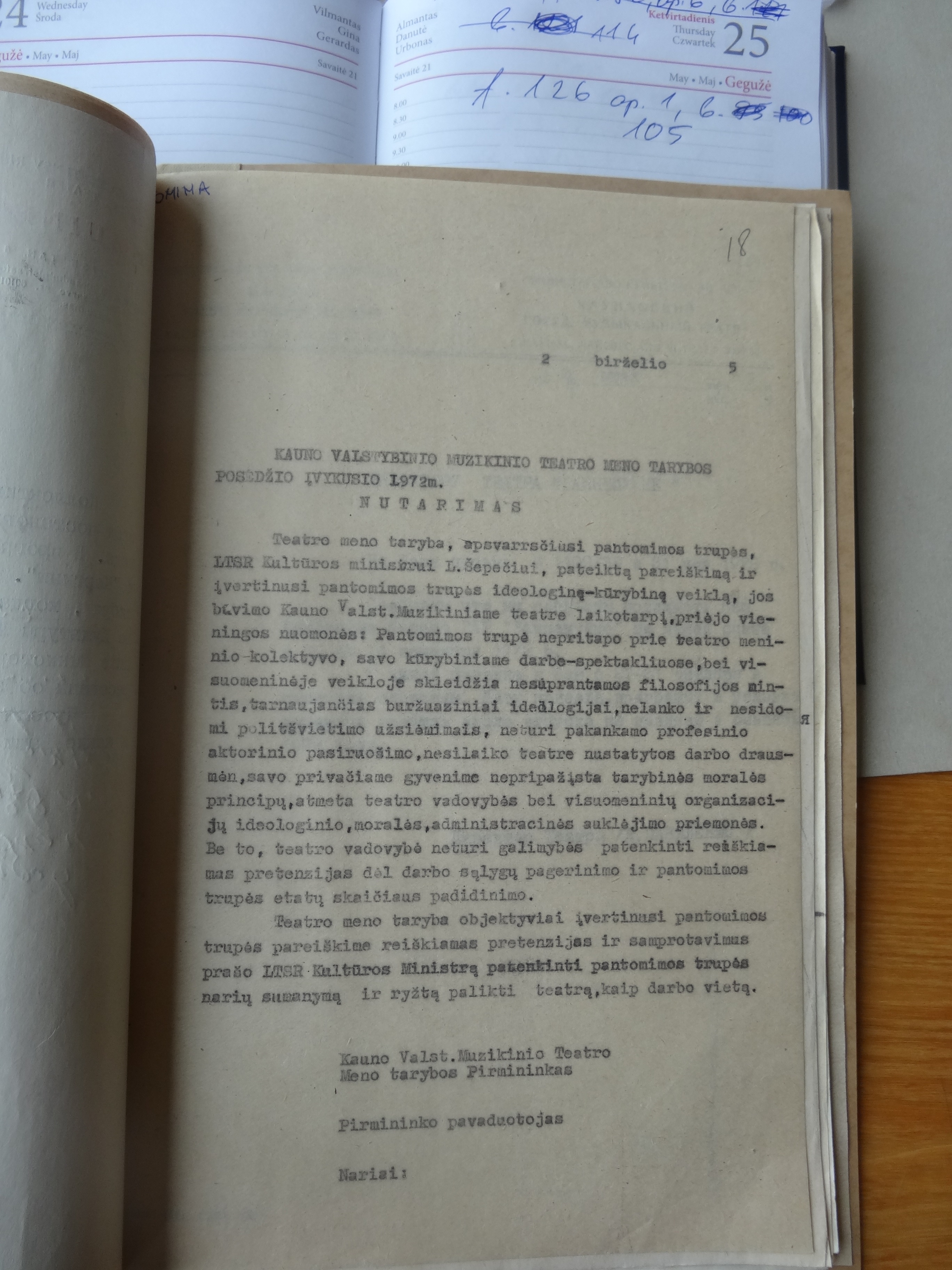 Modris Tenisons’ troupe worked in Kaunas Musical Theatre for only two years, between 1970 and 1972. During this short time, it received many invitations from cultural institutions in other Soviet republics. It is obvious from the documents in the collection that people’s opinions of the performances by the troupe were always high, and theatre managers received many letters about the good and interesting pieces that held the attention of audiences in various places. But the situation changed in the middle of 1972, after the self-immolation of Romas Kalanta and youth protests in Kaunas. In a resolution by the theatre's council, Tenisons and his troupe are accused of leading an un-Soviet way of life. The document makes a reference to the minister of culture Lionginas Šepetys, and says that the troupe had not found its place in the theatre company, and it disseminated strange ideas of bourgeois ideology. Thus, in a very short period of time, we can see a sharp change in opinions about the troupe expressed by theatre managers .
The document is the last in the collection. After its dismissal from Kaunas Musical Theatre, no more documents were produced about Tenison's troupe.