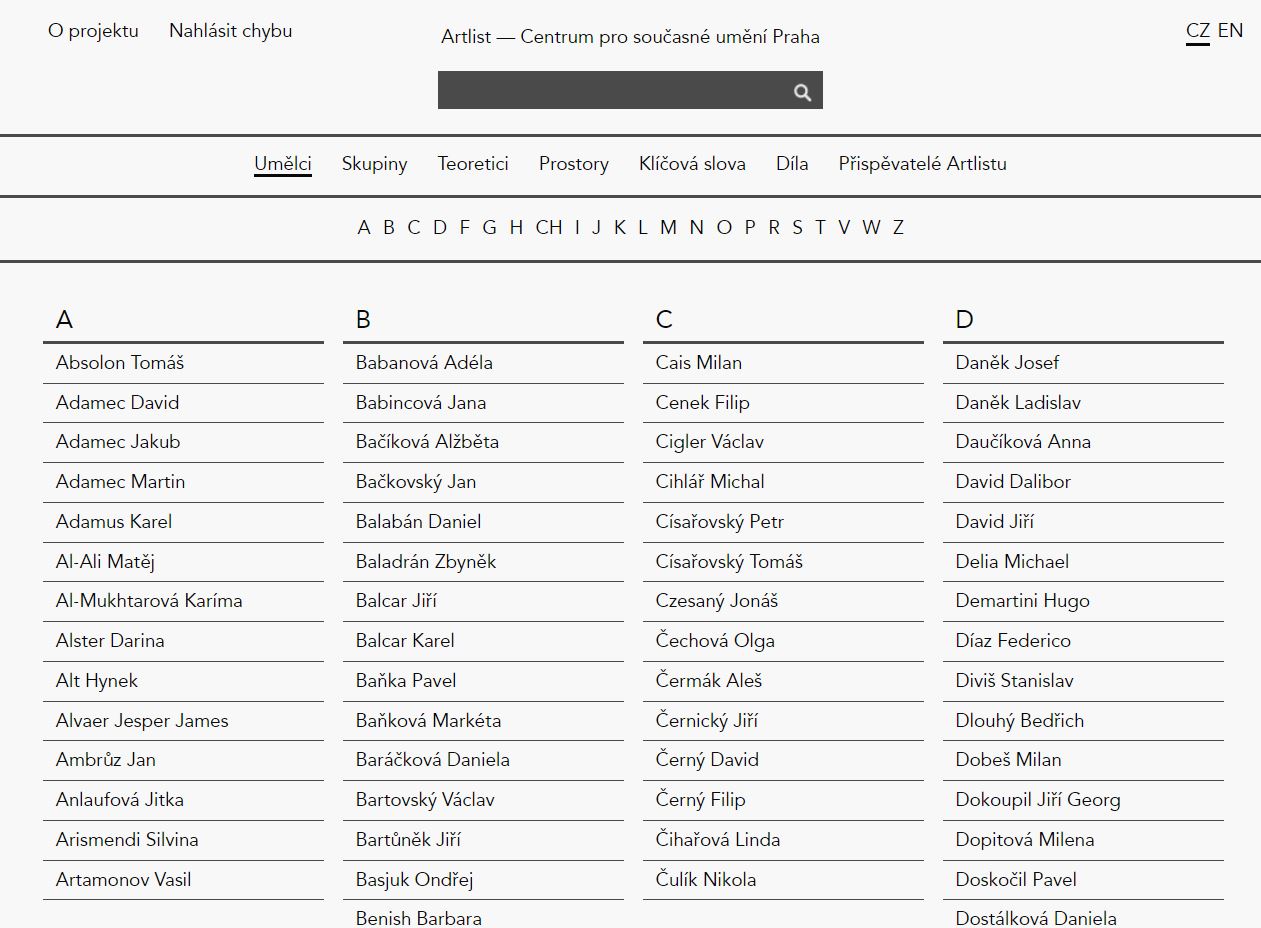 Artlist is an online database that maps the development of modern and contemporary Czech fine art from the second half of the 20th century. Artlist is a unique project that allows free and online searches of authors and their works, including the artist's biography and catalog, and a detailed description of his work.