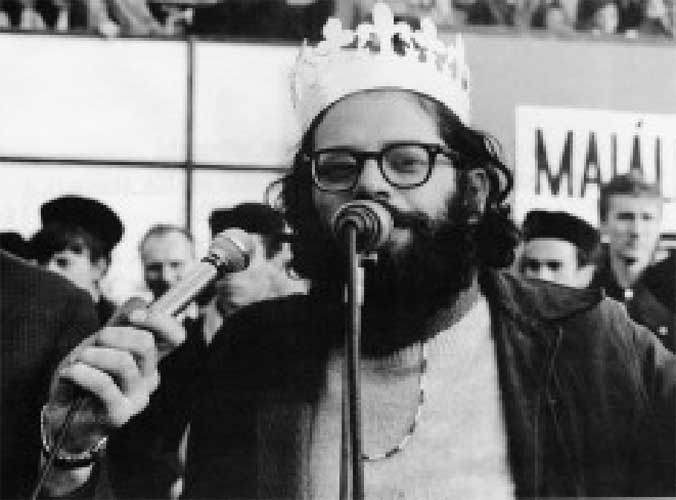 At the opening ceremony, an exhibition about American beatnik Allen Ginsberg opened and was held in the Centre for Queer Memory in Prague from January to April 2018. One significant acquisition of the Society for Queer Memory collections was introduced during this exhibition. The Society had bought a rare facsimile of the poem “Kral Majales” by Allen Ginsberg, written in 1965. The poem, visually arranged by American painter Robert LaVigne, represents an impressive artistic work reflecting Ginsberg’s dramatic stay in Prague in 1965 and documenting an exceptional moment in Czech queer history. Allen Ginsberg took part in the students’ May Celebrations “Majales” and was elected “Král Majálesu” (“King of the Majales”). However, he was later arrested and expelled from Czechoslovakia for allegedly indecent behaviour. The exhibition, as well as an accompanying lecture, presented the events associated with Ginsberg’s stay and reactions to his Prague visit in historical documents and current sources. The poem “Kral Majales”, translated into Czech by Jan Zábrana, was also recited at the opening ceremony of the exhibition.